The trailer of Anand Pandit’s Chehre has created a storm on social media with its enigmatic narrative and strong visuals. Praised by the audience and the critics, this much-awaited mystery thriller directed by Rumy Jafry recites the story of two individuals who are fighting to win the game of justice. 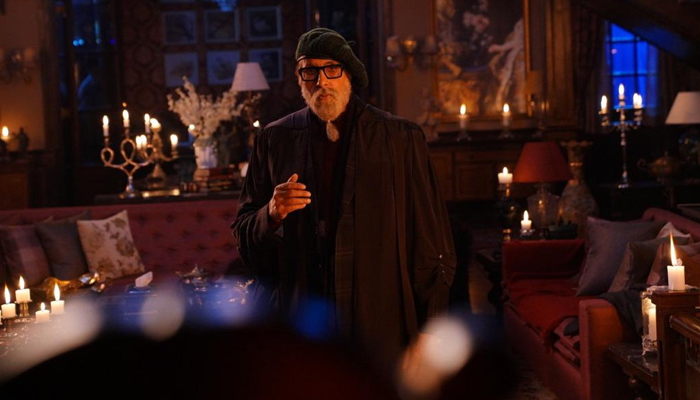 The film stars the legendary superstar Amitabh Bachchan and Emraan Hashmi in the lead where Big B would be seen playing the character of a lawyer. The angry young man of the 20th century who has been a legend for decades now has thrilled us with so many of his previous performances.

In the last few years, Amitabh Bachchan has given several blockbuster films but a few that can be highlighted well are Pink, Badla, and now the audience is looking forward to Chehre. Interestingly, in all these films he has been seen reprising the character of a lawyer who is fighting for justice.

Mr. Bachchan’s versatility is always seen through the characters he chooses to play. There was a time when he played the young, robust, and rustic man who was fighting against evil, then came a phase where he impersonated the fatherly figures and so many more varied characters. Going a step ahead he even played characters like Auro in Paa and Bhashkor Banerjee in Piku that won the hearts of many and made all of us realize that the Lion always rules the jungle. Now, through Anand Pandit’s Chehre, it is the third time when Amitabh Bachchan would be seen playing the role of a lawyer who is eager to provide justice to a victim of a heinous crime.

Sharing about the same, Anand Pandit says, “Amitabh Bachchan Ji can portray any character under the sun, he is that gifted. However, when you imagine a character of a lawyer, his presence must look strong yet reliable and responsible. I can only see Mr. Bachchan acing such roles.”

The fans and critics are eagerly waiting for this mystery thriller to release as it is the first time that Amitabh Bachchan and Emraan Hashmi are sharing the screen.