Producer Bhushan Kumar brings Jubin Nautiyal and Yohani together for yet another single and this time with a Rajasthani folk fusion ‘Chaudhary’ with folk artist Mame Khan releasing on 25th January. 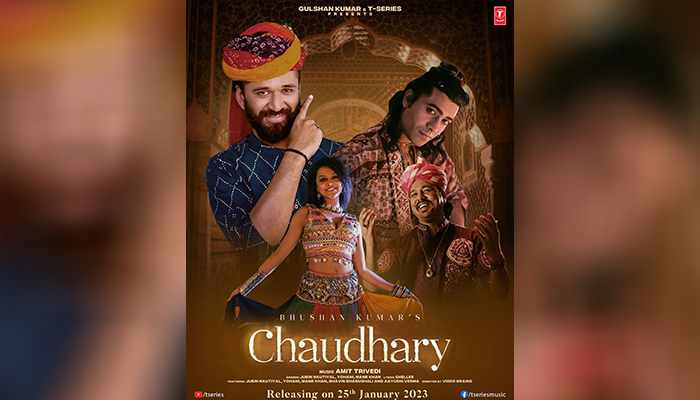 Presented by T-Series, music given by ace composer Amit Trivedi, and lyrics penned by Shelle, the track is a modern take on a Rajasthani folk song.

The duo who has previously worked together on superhit songs like Manike and Tu Saamne Aaye are all set for their third collaboration.