The trailer for Ayushmann Khurrana and Vaani Kapoor’s Chandigarh Kare Aashiqui was released on November 8. The film which is being billed as ‘a progressive love story’ will release on December 10 this year. 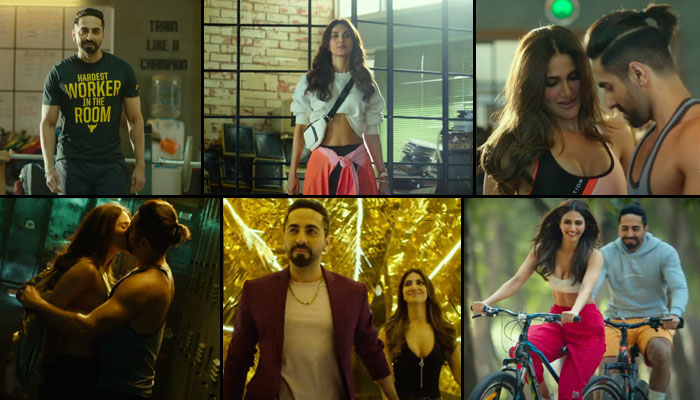 Sharing the trailer, Ayushmann Khurrana wrote on social media, “Weight training: ✅ Squats: ✅ Aashiqui: 🤔 Checklist is ready. Are you? #ChandigarhKareAashiqui, trailer out now. See you in cinemas on 10th Dec!”

The 3 minutes and 13 seconds-long trailer unveils that Ayushmann will be playing the role of a ‘gym bro’, Manu and Vaani will be essaying the role of Maanvi, a Zumba teacher. While they fall for each other, Manu gets a shocker when Maanvi is revealed to be a trans woman.

Directed by Abhishek Kapoor, the film promises the flavour of Chandigarh with flair, catchy and flashy songs, packed with some emotional drama as well. ‘Chandigarh Kare Aashiqui’ is produced by Bhushan Kumar’s T-Series in collaboration with Pragya Kapoor’s Guy In the Sky Pictures.

Ayushmann and Vani Kapoor’s Chandigarh Kare Aashiqui was earlier scheduled to release in July 2021. However, the makers postponed the release. The film was one of the first few mainstream Indian films, apart from Akshay Kumar’s Bell Bottom, to have finished filming in two months during the time of the novel coronavirus pandemic.