There may be no big Bollywood release this Friday as well but release date announcements are raining for sure. After BellBottom, Ranbir Kapoor & Shraddha Kapoor’s next, now the makers of Chandigarh Kare Aashiqui have also announced the date when the upcoming film will release. 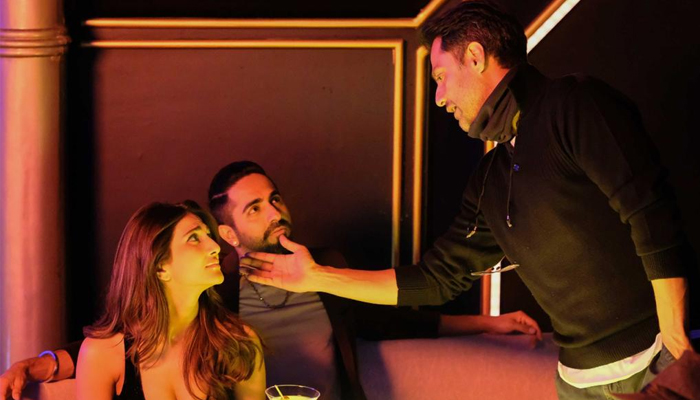 The Ayushmann Khurrana and Vaani Kapoor starrer rom-com is slated for release on July 9, 2021, which is exactly a week before pan-India release KGF: Chapter 2. Co-producer Pragya Kapoor took to Twitter and made the announcement. “Sugar, spice, and everything nice. Get ready to fall in love #ChandigarhKareAashiqui is all set for a theatrical release on 9th July 2021!”. Directed by Abhishek Kapoor, the film has been jointly produced by Pragya & Bhushan Kumar of T-Series.

Ayushmann Khurrana was last seen in Shubh Mangal Zyada Saavdhan & Gulabo Sitabo. Chandigarh Kare Aashiqui will be his first release of 2021 followed by Anek & Docter G. The year is also going to be exciting for Vaani Kapoor who has multiple films lined up for release. Before this one, she will be seen in BellBottom opposite Akshay Kumar & Shamshera opposite Ranbir Kapoor.

Interestingly, a few hours back, Chandigarh Kare Aashiqui was announced for the May 28 release which is also the release date of BellBottom. Knowing that it will mean a clash between both films of Vaani, the producers changed the release date in no time.

Earlier in December, Vaani Kapoor wrote an admiration post for Chandigarh Kare Aashiqui director Abhishek Kapoor, calling him a stellar creator. The actress took to Instagram to share a glimpse of him working on the sets of the movie. “Looking into the future like.. with the stellar creator,” she wrote along with an image of herself looking into the camera with Abhishek focused on directing a scene.

Chandigarh Kare Aashiqui has been shot in Chandigarh over just 48 days, amid the pandemic. Talking about the same Ayushmann Khurrana earlier said that he is proud of the fact. “Today, I feel immensely proud that our film is the first one in India to finish shooting an entire film while battling the coronavirus,” Ayushmann wrote on Instagram along with a few pictures with co-star Vaani Kapoor and the director as they celebrated the moment.

Ayushmann Khurrana added, “I have to credit my director and producer Abhishek Kapoor and Pragya Kapoor for manning the resources so diligently and so effectively. It feels amazing that we managed this feat in my hometown Chandigarh – couldn’t be prouder!!! ‘Chandigarh Kare Aashiqui’ is a very special film for me and I can’t wait to share it with the world in cinemas next year.”