Spilling some beans for his fans Kartik Aaryan hints at ‘something big’ coming our way. Yet to officially announce on his upcoming projects Kartik still manages to give some details for his next through his recent posts. 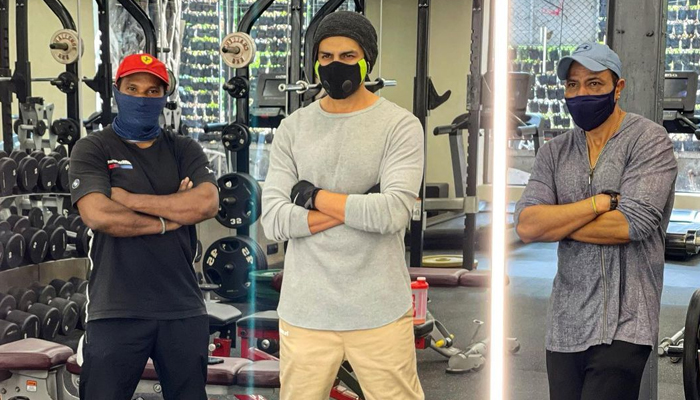 Seeming excited and geared up for the project, Kartik posted a picture of himself, from his workout session. Encapsulating his excitement for the same he captioned it, ” Training for something big 🔥#NextFilm #SuperPumped”

Earlier to this Kartik has also posted a monochrome picture of his worked up back captioning, “#Workinprogress”. We don’t know what it is, but sure are as excited and pumped as Kartik is.

Meanwhile, as we ssw the likes and comments pouring on the post, we also witnessed a friend banter between Kartik and his Bhool Bhulaiyaa 2 co-star Kiara Advani. Indulging in a fun tete-e-tete Kiara jokingly commented, “Yes take you time we are all waiting for you on set. Thanks to u I’m getting to take a nap also! 🤪”. Quick to reply, Kartik commented with wit, ” Your manager requested me to come late because you wanted to take a nap”

Hilarious as it seems, can’t wait to see the two create magic on screen in Bhool Bhulaiyaa 2. Awaiting for Kartik’s next to be announced we eye the release of ‘Dhamaka’ on Netflix, post which we will see Kartik join the Dharama clan for the shoots of Dostana 2.