Bobby Deol seems to be in the best phase of his career right now. After being part of two box office winners Race 3 (170 crores plus) and Housefull 4 (200 crores plus), the actor has made his big digital debut last week with Netflix’s “Class Of ’83”, bankrolled by Shah Rukh Khan’s Red Chillies Entertainment. Not just that, within a week, he just had his second digital outing with Prakash Jha’s webseries “Aashram”. 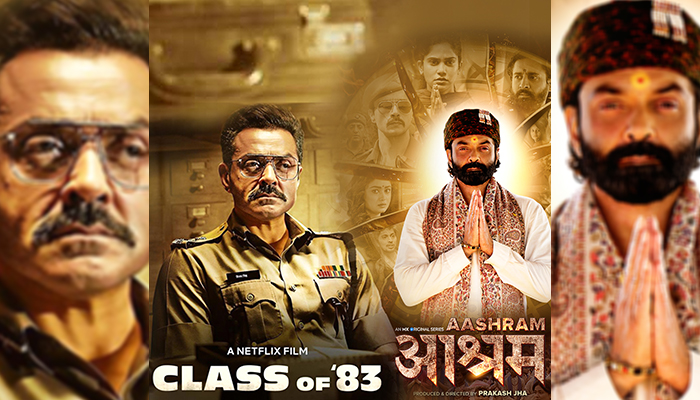 Reviews are all out and Bobby has hit it out of the park with these two diverse performances. While in the Netflix film, he can be seen playing an unfussy, stolid cop & Dean of the police academy. And, In Aashram, he plays a self proclaimed godman with criminal tracks.

With “Class of 83″ and “Aashram” Bobby wooed reviewers and viewers alike, appreciations pouring from all over for his performance. Some called his performance ‘top-notch’ whereas many are regarding them as his career-best roles so far.

Bobby has delivered two diametrically opposite roles, with consummate ease. He has managed to stun the audiences with the versatile portrayal of these two very powerful characters, balancing the good and the evil with perfection.

With his consecutive releases, one thing is for sure – a new and refined version of Bobby Deol is here to stay. From looking fit to choosing the perfect characters, this talented hero is the one to look out for!