Creating a stir lately and making headlines across spectrums for making it to the race of Oscar nomination, Bittu has caught the attention of every individual. Adding to the buzz, Priyanka Chopra Jonas recently extended her support to the fundraiser event organised by Indian Women Rising, a cinema collective that backs the film to aid the education of Rani and Renu Kumari, the leading pair of the film. 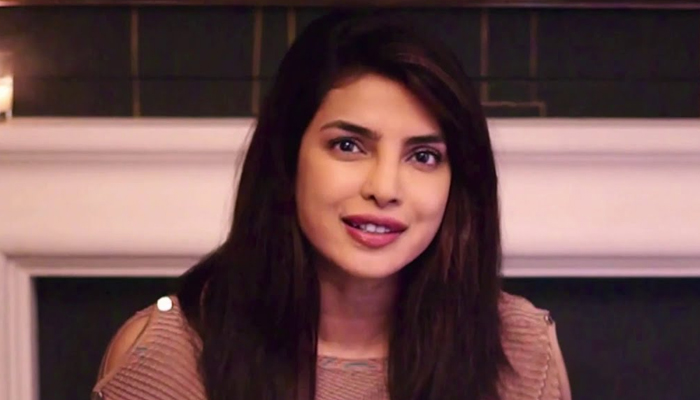 The shortfilm features first time actors picked from the locals of Uttarakhand – Rani and Renu Kumari who have created a impact on the audience across the globe with their surreal performance on the screens. The film is written and directed by Karishma Dev Dube, who is been receiving a lot of appreciation for her unconventional casting and remarkable writing.

The film is being supported by Indian Women Rising a cinema collective founded by Ekta Kapoor, Guneet Monga, Tahira Kashyap Khurrana and Ruchikaa Kapoor Sheikh. Initiating a fundraiser recently in collaboration with ‘Educate Girls USA’ ,a NGO founded by Safeena Husain, the team aims to raise funds for the education of the young leads Rani and Renu Kumari.

Gaining a massive support from the global icon and UNICEF Goodwill ambassador Priyanka Chopra Jonas, the cast interacted with the actor. E-meeting the girls over video call accompanied by the director Karishma Dev Dube, Priyanka indulged in a candid conversation with the girls.

Talking about their experience of working in a film, acting in front of the camera , Priyanka brought smiles to the girl’s faces with her fun banter. Tracing the journey of the director as well with the girls Priyanka discussed the film with director Karishma giving insights into the Oscar contender.

In awe of the film and the authenticity and the reality of the film Priyanka gave a big shout out to the fundraiser urging people to support this beautiful cause. Supporting and standing by the cause herself Priyanka bid goodbye to the lively yet shy girls wanting to meet them some day for sure.

Bittu is in the run for Oscar nomination, results for which will be out on the 15th of March.