Helmet is all set to entertain viewers as it showcases the ground reality in the heartlands of the nation when it comes to a very common yet considered to be an embarrassing phenomenon, buying condoms. The team of the quirky comedy gathered after a long time for a publicity shoot, hinting at a forthcoming big announcement. The cast of the film were spotted wearing helmets at the location of the shoot inciting curiosity about what’s in store for the audience. 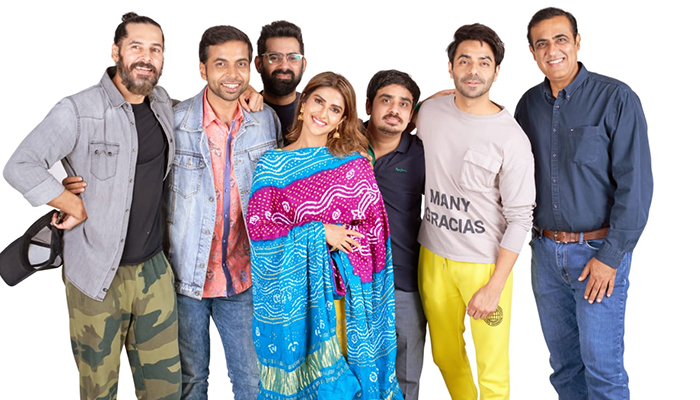 The highlight of the upcoming comedy is that it is India’s first film on condoms, and it is a clean entertainer with a sweet message. Rohan Shankar (Luka Chuppi and Mimi fame) has written the screenplay- dialogues for the film.

Not to mention, Helmet stars an ensemble of talented actors including Aparshakti Khurana, Pranutan Bahl, Abhishek Banerjee and Ashish Verma among others who are all renowned for their impeccable comic timing.

Producer Dino Morea of DM Movies says, “We are very thrilled to make the audience laugh after the tough year we’ve all had. The team of the film is pulling all the stops to offer a comedy that comes from the heart of India. We have a surprise for the audience, and we can’t wait to bring it to them.”

Aparshakti Khurana says, ” I had a great time shooting for Helmet. The cast and the crew became more than a family. Kudos to Rohan Shankar the writer and Satram the director of the film for creating such a fun world. Looking forward to sharing it with all of you.”