Bhushan Kumar has always been someone who pushes young talent in the industry. Whether it’s music or films, the T-Series head honcho has always backed fresh faces. The ace producer was present during the Grand Finale of Indian Idol 11 and also felicitated the winner of the show. 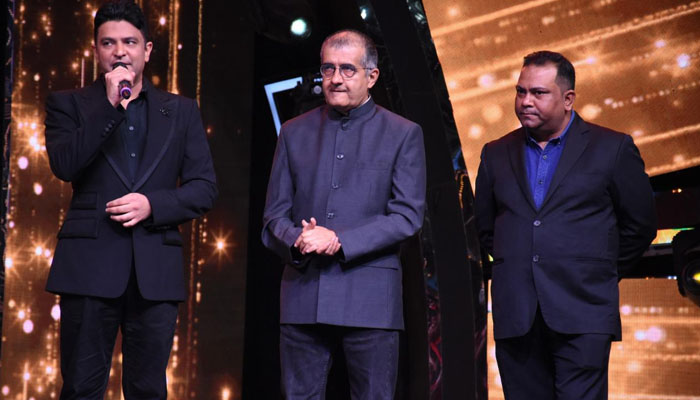 Budding singer Sunny Hindustani who has won several hearts with his incredible talent and passion towards the craft, was adjudged the winner of the show after several weeks of hard work. He left an everlasting impact on the audience’s minds with his soulful renditions of some of Nushrat Fateh Ali Khan’s gems.

After his victory, Bhushan Kumar met Sunny who hails from Bhatinda and liked the drive he has towards his music. He also promised him a music contract with T-Series. So apart from the trophy, the car and the 25 lakhs cash prize, Sunny also bagged the biggest reward he would have wanted as a singer – a music single with the biggest music label in the country today.

Bhushan Kumar has given his word to Sunny and told him that he will get him to sing a music single for T-Series. Talking about this, Bhushan Kumar shares, “When I met Sunny, I was impressed with his voice and the passion he has within him. I always believe a great artiste is one who has the fire burning. He is a well trained singer and we at T-Series have always backed fresh talent”.

He also adds,” We have several in-house talents who are doing exceedingly well in the industry. I have promised to give Sunny his first music single under T-Series and I’m sure Sunny will also go places.” With such a music video already in his kitty, what more could one ask for!