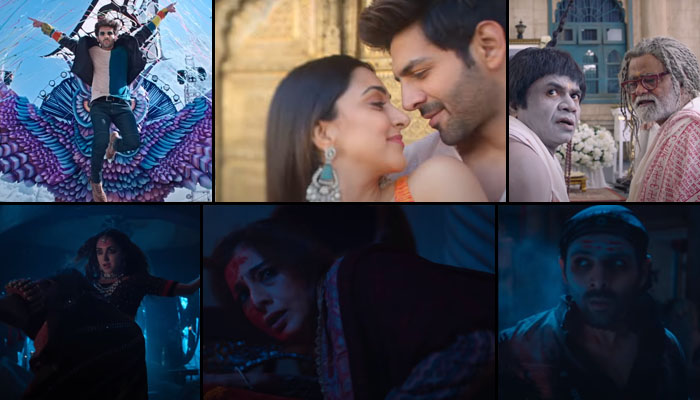 The trailer revealed that the sequel takes place fifteen years after the events of the first film Bhool Bhulaiyaa released in 2007. The original starred Akshay Kumar, Vidya Balan and Shiney Ahuja in leading roles. Some of the returning faces in the sequel include the talented Rajpal Yadav alongside new cast members like Sanjay Mishra.

The three-minute-long video of Bhool Bhulaiyaa 2 promises a perfect blend of horror and comedy, with lots of scares accompanied by heaps of laughter leaving the moviegoers excited and curious to know more!

Vidya Balan, who played Manjulika in Bhool Bhulaiyaa, said the trailer of Bhool Bhulaiyaa 2 looks ‘familiar’. Sharing the trailer of the film on Instagram, she wrote, “Congratulations #BhushanKumar and team for this haunted comedy. The trailer looks familiar yet different … Haha!! … can’t wait to experience this roller-coaster ride again #BhoolBhulaiyaa2. Watch the family entertainer, releasing in cinemas on 20th May, 2022!”

The film also stars Amar Upadhyay, Milind Gunaji and Rajesh Kumar in pivotal roles. Produced by Bhushan Kumar, Murad Khetani, Anjum Khetani, and Krishan Kumar under the banner of T-Series and Cine 1 Studios, is scheduled to hit the screens on 20th May 2022.