Kartik Aaryan, Tabu and Kiara Advani’s new film Bhool Bhualiyaa 2 is in no mood to slow down. Yes! BB2 had successfully passed the opening weekend at a solid note and now holding well on weekdays as well. 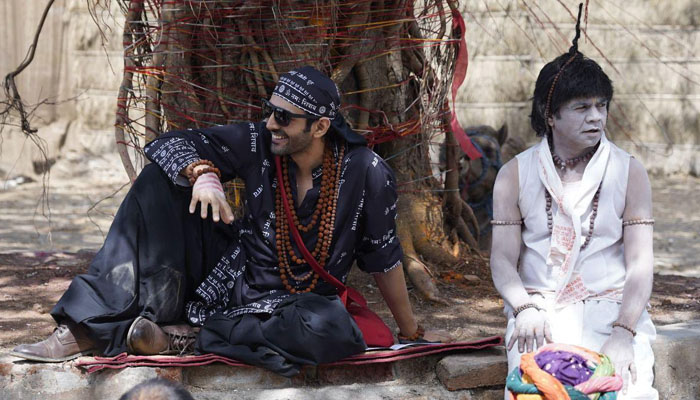 Directed by Anees Bazmee, the Hindi horror comedy has entertained many in theatres and gathered a good word of mouth. As a result, it took an impressive start and raked the business of 55.96 crores nett in the weekend that included 14.11 crores on Friday, 18.34 crores on Saturday & 23.51 crores on Sunday.

On Monday, Bhool Bhulaiyaa 2 remained strong and collected the business of 10.75 crores. On the next day i.e. Tuesday, it maintain a strong pace and minted the amount of 9.56 crores. With this, the 5 days total collection of the film has become 76.27 crores nett at the domestic box office from 3200 screens.

While the Akshay Kumar and Vidya Balan-starrer 2007 psychological horror comedy was directed by Priyadarshan, the 2022 film has been directed by Anees Bazmee in his own style.

Meanwhile, Kartik jetted off to Varanasi to seek blessings at Kashi Vishwanath temple. Reportedly, Kartik had made a wish that if ‘Bhool Bhulaiyaa 2’ had a successful release, then he would visit the temple to offer his gratitude and also do the Ganga aarti in the holy city of Varanasi.