Kartik Aaryan and Kiara Advani’s horror comedy flick Bhool Bhulaiyaa 2 has been doing exceptionally well at the box-office ever since its release. The film received good reviews from both the audience and the critics alike. 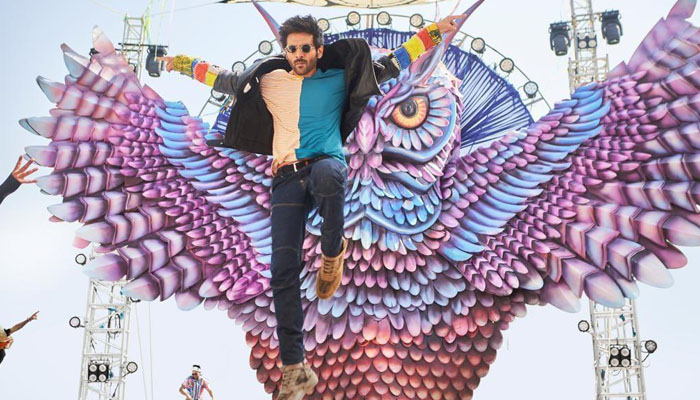 Directed by Annes Bazmee, Bhool Bhulaiyaa 2 got succeed to impress everyone and on a fantastic note did the business of 92.05 crores in the opening week which included 55.96 crores in the weekend and 36.09 crores on weekdays.

In the second week as well, it managed to maintain a strong pace and raked the business of 49.70 crores with 30.64 crores in the weekend and 19.06 crores on weekdays.

Jointly Produced by T-Series Films and Cine1 Studios, the Hindi horror comedy drama Bhool Bhulaiyaa 2 registered a solid business of 13.07 crores in the third weekend with 2.81 crores on Friday, 4.55 crores on Saturday & 5.71 crores on Sunday. Then on weekdays as well, it managed to remain rock-steady.

With an acceptable drop in footfalls, the film minted the amount of 2.25 crores on 3rd Monday, 2.16 crores on 3rd Tuesday & 2.11 crores on 3rd Wednesday. On the next day i.e. 3rd Thursday, it scored 1.81 crores and raised 3 weeks total collection to 163.15 crores at the domestic box office.