Salman Khan, Katrina Kaif, Tabu, Disha Patani and Jackie Shroff-starrer Bharat is undoubtedly going to be one of the biggest releases of 2019. Released on June 05 on the occasion of Eid al-Fit, the movie witnessed a massive opening at the box office worldwide. 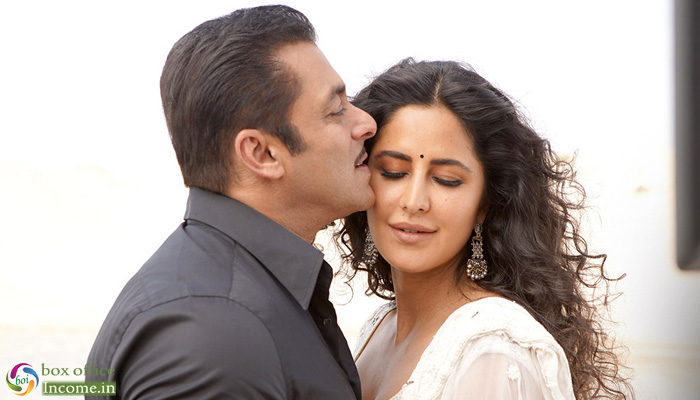 With so much craze around Bharat, the distributors have released movie in 4,700 across India and 1,300 screens across 70 international markets and its worldwide total count stands at 6,000 screens, which is the highest number for a Bollywood film.

From most of the critics, the movie is getting positive remarks while audience is showing big thumbs up to it. On the opening day, Bharat started the journey with a whopping occupancy of approx. 80% across the country and also witnessed good growth over evening & night shows.

With almost equal contribution from single and multi screens, Bharat has raked the business of 42.30 crores at domestic box office from 4700 screens. With this, it has registered the highest opening of the year in Bollywood by dominating Kalank (21.60 crores).

Bharat has been made with a budget of Rs 100 crore (cost of production – Rs 75 crore, prints and advertising – Rs 25 crore). It is jointly produced by Atul Agnihotri, Alvira Khan Agnihotri, Bhushan Kumar, Krishan Kumar, Nikhil Namit and Salman Khan under the banners Reel Life Productions, Salman Khan Films and T-Series.

An official adaptation of South Korean drama Ode to my Father (2014), Bharat focuses on the personal and professional choices of its righteous hero, set against the social backdrop of its time. The Ali Abbas Zafar’s Bharat has opened to packed houses, witnessing maximum footfalls at cinema halls in many parts of the country.