After two big-banner releases including Most Eligible Bachelor and Radhe Shyam, Pooja Hegde has wowed the audience in theatres with her terrific star presence in Nelson Dilipkumar’s Beast, which released today. The alluring actress inspired a massive fan frenzy at a theatre in Chennai, where she went to watch the first day, first show of Beast along with the audience. Undoubtedly, the Pan India star has some of the most ardent fans, who welcomed her homecoming to Tamil cinema and brought in festival-like celebrations at the theatre. 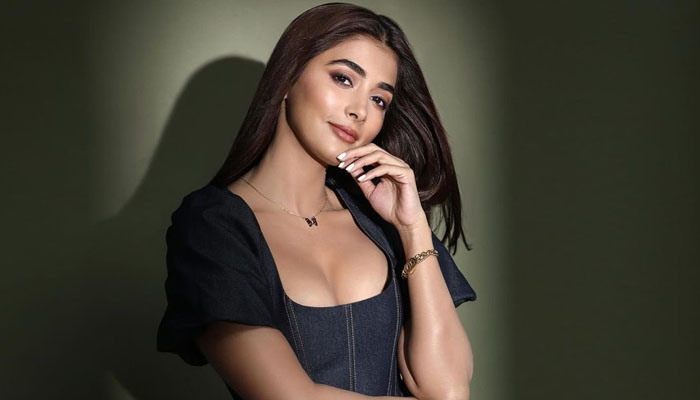 Hundreds of viewers gathered at the mere sight of her. The crowd puller signed ‘I love you’ and blew air kisses to them before she headed to theatre to watch the film. Her fans were spotted bursting crackers outside the theatre, which was bedecked in lights. The stunning actress was seen waving out to her fans, who performed the popular hook step of the movie’s superhit song Arabic Kuthu.

Pooja posted a video of the highlights of her first day first show at the theatre on her socials. In the caption, she wrote, “ A tradition I’ve maintained for almost all my Telugu films and hopefully the start of a new tradition for me in Tamil ❤️ First day first show of Beast with the fans🔥So gratifying to be part of a celebration of cinema and theatre🔥🔥. Everyone…Get your Beast Mode ON. 😉 #FDFS #Beast #allaboutlove #arabickuthu #thalapathyvijay 🔥”