John Abraham starrer Batla House, inspired by the infamous Batla House encounter in 2008, has performed well at the box office. Last year, John’s Satyameva Jayate had released around the same time, while the initial of that film was better due to a chartbuster song and mass elements. 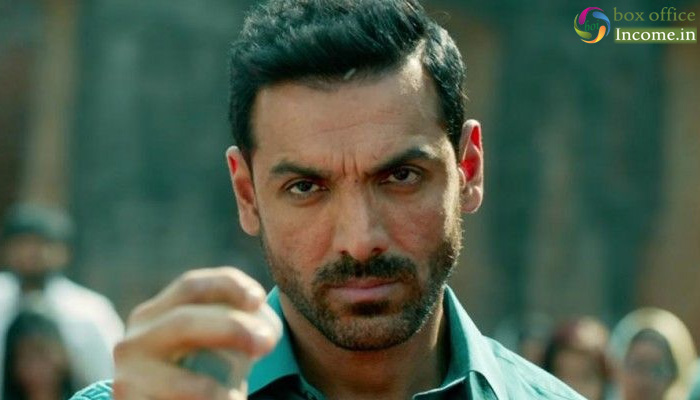 Directed by Nikhil Advani, Batla House has received positive reviews from the critics as well as audience. Being inspired by the infamous Batla House encounter in 2008, it got succeed to pull major single screen audience toward itself over the weekend.

Presented by T-Series & Emmay Entertainment, Batla House was released amid the huge excitement of fans and opened on an amazing note. On Thursday, it did the business of 15.55 crores and become the 8th highest opener of the year so far in Bollywood.

After facing a normal drop on day-2, Batla House managed to remain steady and minted the amount of 8.84 crores on Friday, 9.18 crores on Saturday, and 10.90 crores on Sunday. After the 4-days extended opening weekend, its total collection was recorded at 47.99 crores.

Now on weekdays, as usual, the movie recorded a drop of 42.88% than Friday and garnered the business of 5.05 crores. Then on Tuesday, on a similar note, Batla House raked 4.78 crores and raised 7 days total domestic collection to 57.82 crores nett.

This number is not bad at all since it is a weekday and still the film is managing to grab eyeballs, if it can continue to enjoy the stable trend over the weekdays and witnesses a jump in its 2nd weekend. The content of the film is playing a key role in its collections despite clashing with Mission Mangal.