Independence Day offering, John Abraham’s Batla House took an amazing start at the box office. Directed by Nikkhil Advani, the film is based on the Batla House encounter that took place in September 2008 in Delhi’s Jamia Nagar locality, in which two suspected terrorists were killed. 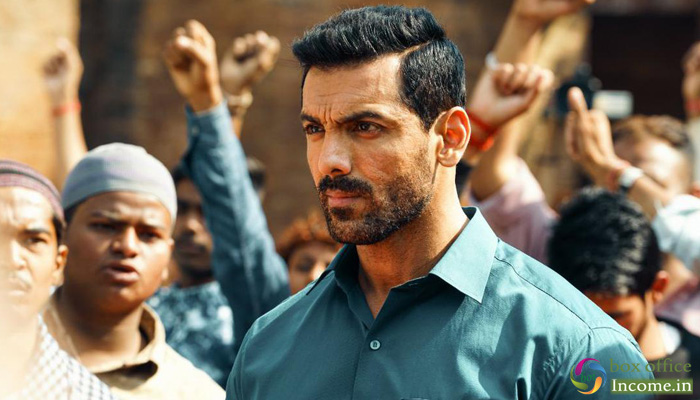 Produced by T-Series, Emmay Entertainment, John Abraham Entertainment & Bake My Cake Films, Batla House stars Ravi Kishan & Mrunal Thakur in lead roles along with John. The movie has received positive reviews from the critics, being a mass entertainer got succeed to entertain the audience.

On the first day, Nikhil Advani’s directorial opened on a terrific note in the morning due to high initial buzz and ofcourse a national holiday. With a healthy growth in occupancy post noon shows, it collected 15.55 crores despite Mission Mangal and registered the 8th highest opening of the year so far in Bollywood.

On Friday, due to normal working mid-week day, the movie recorded a normal drop and did the did the business of 8.84 crores. Then on Saturday, Batla House witnessed a limited growth of 23.31% in footfalls and minted the amount of 10.90 crores.

With this, the total collection of Batla House after 4 days has become 35.29 crores nett at the domestic box office. A weekend of over 50 crores is on the cards. Once that happens, it would be all about sustaining the momentum and in the process emerge as a clean hit.