On October 24 (Sunday), Bajrang Dal workers, vandalised the sets of filmmaker Prakash Jha’s season 3 of the series Aashram in Bhopal. Bajrang Dal workers demanded that the name of the show has to be changed from Ashram. Otherwise, the shooting will not be allowed to go on in the state. 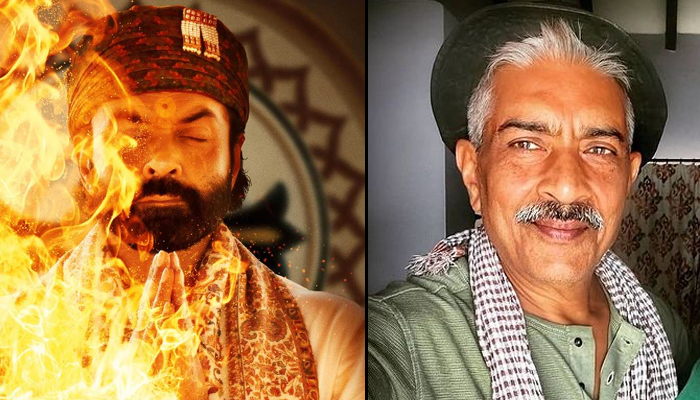 According to NDTV, videos filmed by the witnesses on their phones showed the members of the outfit chased down the crew members, managed to catch at least one of them, and beat him with a metal light stand.

“They made Ashram 1, Ashram 2 and were shooting Ashram 3 here. Prakash Jha showed in Aashram that the guru was abusing women. Does he have the guts to make such a film on a church or madrasa? Who does he think he is? Bajrang Dal challenges him, we won’t let him make this film. So far we have just blackened Prakash Jha’s face. We are looking for Bobby Deol. He should learn something from his brother (Sunny Deol). He made such patriotic movies,” Bajrang Dal leader Sushil Surhele said, as per the report.

The members of the mob alleged that the series was an assault on Hinduism and they will not allow the filming until the title of the series is changed. Reportedly, they were shouting the slogans like “Prakash Jha Murdabad”, “Bobby Deol Murdabad” and “Jai Shri Ram.” They reportedly attacked the Old Jail premises located in Arera Hills on Sunday evening.

Bobby Deol plays the role of Baba Nirala who is a godman and also a conman. The first season of the web series was released in August 2020 on the OTT platform MX Player. This is not Ashram’s first brush with controversy as a Jodhpur court in 2020 issued notice to Bobby Deol and Prakash Jha after an advocate moved the court claiming that the series hurts religious sentiments. Rajasthan Police earlier booked the makers of the series for allegedly promoting discrimination against SC/STs.