Ayushmann Khurrana, Rakul Preet Singh and Shefali Shah starrer ‘Doctor G’ gets a release date! Junglee Pictures has announced that the much anticipated movie will have a theatrical release on June 17, 2022. 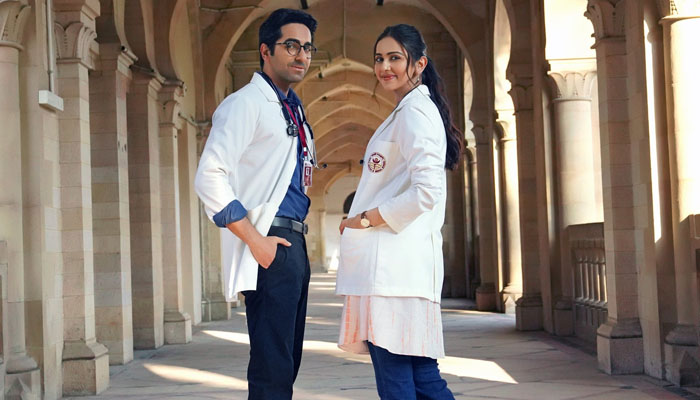 Announcing Doctor G’s release date, Junglee Pictures wrote on Twitter, “@ayushmannk, @Rakulpreet and @ShefaliShah_ are coming together for #DoctorG. So get ready to book your appointment for 17th June 2022 at a Cinema near you. #DoctorG releasing on 17th June 2022 in theatres.”

Speaking about the film Amrita Pandey of Junglee Pictures said in a statement, “The writers of the film – Sumit, Saurabh and Vishal along with Anubhuti have created a fabulous script of ‘Doctor G’ which Anubhuti has taken to the next level. We can’t wait to bring it to the theatres on 17th June next year.”

Ayushmann Khurrana and Rakul Preet Singh will be seen sharing screen space for the first time in Doctor G. While Ayushmann will be playing the role of Dr Uday Gupta, Rakul will be seen as Dr Fatima, a medical student.

The film is backed by Junglee Pictures and has been written by Anubhuti, Sumit Saxena, Saurabh Bhat and Vishal Wagh.