On the occasion of 103rd birthday anniversary of Late Former Tamil Nadu CM MGR, the first look of his character played by Aravind Swami in ‘Thalaivi’ has been unveiled. The first look of Kangana Ranaut in and as Jayalalithaa has already piqued the audiences interest and created a furore. 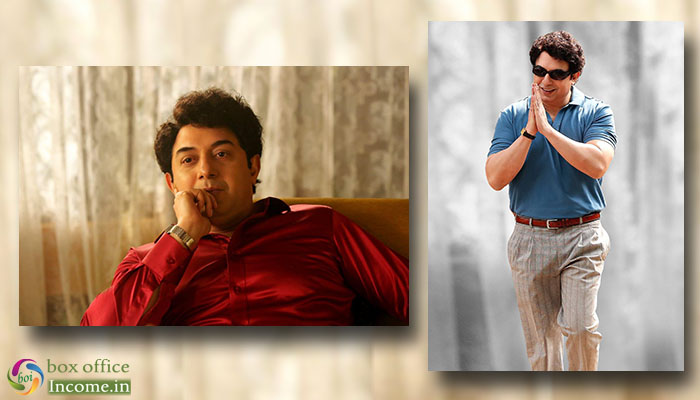 Celebrating MGR’s grand life, and the highs and milestones that he saw in his lifetime, both as an actor and a successful leader, producers Vishnu Vardhan Induri and Shailesh R Singh unveiled actor Arvind Swamy’s first look at MGR in Thalaivi to extend their heartiest tribute to one of India’s most anticipated trilingual biopics by far.

The actor along with the first look poster tweeted, “Here is my first look as Puratchi Thaliavar, Makkal Thilagam MGR in #Thalaivi . A teaser follows
at 10.30 am today. Hope u like it”. Talking about the posters, Arvind has pulled off the look brilliantly. As the actor by looks does resemble a lot to MGR from his younger days, be it hairstyle, sitting pose.

Kangana, who was last seen in Judgmental Hai Kya, spent close to six months on prepping for this project. She took Bharatanatyam classes, learnt Tamil and even spent hours in the prosthetic make up sessions. The project was announced and first look poster last year on February 25th, on the 71st anniversary of Jayalalithaa.

Talking about Thalaivi, National Award-winning actress Kangana Ranaut is playing the titular role. Thalaivi is being helmed by filmmaker A L Vijay. The biopic will hit big screens in Tamil, Telugu and Hindi languages in 2020.