After passing the opening weekend on a decent note, the Hindi crime drama Article 15 showed a good hold on Monday due to positive word of mouth. Directed by Anubhav Sinha, it is based on Article 15 of the Indian Constitution, which prohibits discrimination on grounds of religion, race, caste, sex or place of birth. 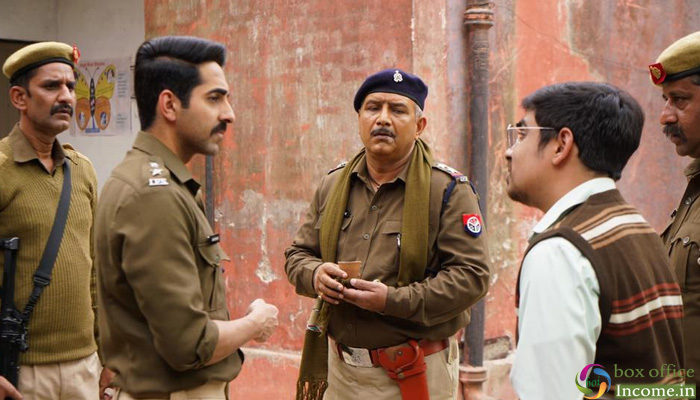 Starring Ayushmann Khurrana, Isha Talwar, Sayani Gupta, Kumud Mishra, Manoj Pahwa, Article 15 has got succeed to hit the target right. For its engaging story-line, solid performances by the actors. and received mostly positive reviews from the critics as well as the audience.

On Friday, it did the business of 5.02 crores with an occupancy of 20-25%. Then it witnessed a remarkable growth in footfalls and raked the business of 7.25 crores on Saturday & 7.77 crores on Sunday. After the weekend, the total collection of the movie was recorded 20.04 crores.

Now Ayushmann Khurrana starrer has entered on weekdays at a good pace despite normal working days. On Monday, it remained steady with 3.97 crores and raised 4 days total collection to 24.01 crores. It is good news indeed for Anubhav Sinha as his last release Mulk had collected 21.10 crores in its lifetime and now Article 15 has almost equalled that in quick time.

Despite huge challenge been posed by Kabir Singh which is doing riotous business at the Box Office, Article 15 has managed to stand on its feet and now it is time to consolidate from here.