Armaan Malik is absolutely unstoppable at this point in his career. Every new project he does, takes him leaps and bounds ahead. The young singer has crooned for the biggest of actors already. From Salman Khan to Rajinikanth, there’s hardly any actor Armaan has not lent his voice to. 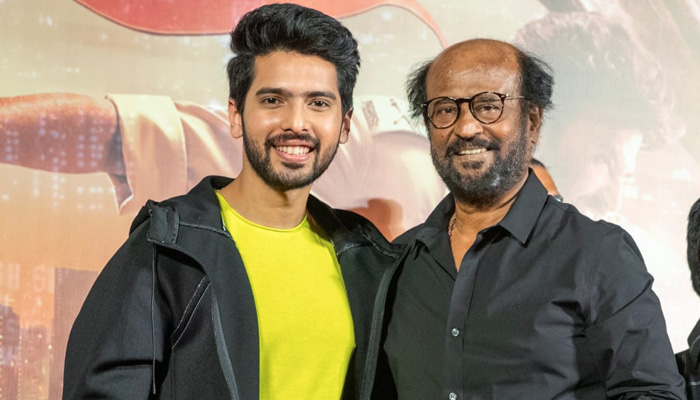 Now, his next song is a biggie. He has done the vocals for the Hindi version of Thalaiva Rajinikanth’s song from Darbar titled Tharam Maara Single. The Hindi version which Armaan has sung is called ‘Dil Toh Cute Hai’. This is incidentally the second time Armaan has given his voice to a Rajini song, after Mechanical Sundariye from 2.0.

The grand theatrical trailer launch happened today in Mumbai amid a lot of showbiz and fanfare. Media from all over were flown in and the big event began with Armaan’s enthralling performance. Armaan treated the members of the media and the audience to a live performance of this new track for the very first time!

At the end of the whole performance, the audience were clapping and hooting for the 24-year-old singer. He’s always been popular with the youth but in the last few years, his mass connect has only been extended, thanks to his versatility and vocal ability.

And today after the performance, the response that Armaan received was nothing short of thunderous. He’s surely hitting all the right notes! However, The film is scheduled to be released on 10 January 2020, coinciding with Thai Pongal.