Monarch Group Presents the launch of Film “Mystery of Tattoo” Film Production Limited (UK) brings Arjun Rampal, Daisy Shah and Ameesha Patel together for the first time. The film mahurat shot by Guest of honour Ace director Anees Bazmee. A cinematic delight, “Mystery of Tattoo” is a thriller genre. A rare piece of art by stalwarts of the industry. 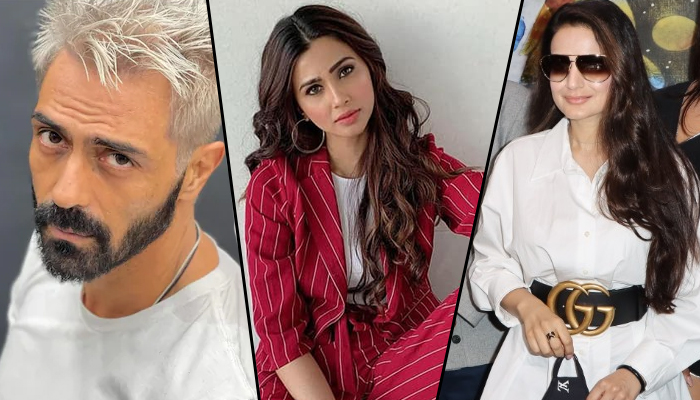 Arjun Rampal sends his wishes and Congratulations on the launch of his film “Mystery of Tattoo” from Budapest he says “ I am very excited because I am playing a special role in this and I will be joining this team in London. I am into the best right now I couldn’t be there I would have loved to come on video but by the time I would be on the sets shooting by the time you guys have started this.”

“So I am just sending my best wishes to Bhavnaji, Kashish, Daisy, Ameesha, Manoj, Myra and Rohit , Ganeshji all of you, I am sure this is gonna be a special movie and I look forward to meeting you all in London I hope we all do that without any hiccups. Its feels great to be back on sets so I can’t wait to continue this run and meet up with you all on set. Have a great day today,” Rampal adds.

Ameesha Patel says “It’s an important guest appearance and is a) pivotal character to the film and I m glad to be part of this project ,looking forward to be shooting for the film”.

Daisy Shah says “Thriller as a genre is not explored much. Mystery of Tattoo will actually give it a new and refreshing twist. getting back to shooting feels as amazing as ever and I hope the situation gets better and we resume shooting without any stress”.

Myra Sareen says “I am looking forward to resume shooting. We have been on the longest break. Working with a bunch of talented actors and team is an honour”.

Actor Rohit Verma says “Starting my career with a thriller, what more could I ask for. Being directed by Kalaiarari Sathappa, Ganesh Mahadevan is like going to a Gurukul”

Producer Kashish Khan quotes “Such a wonderful cast and team in our film. I am glad that we heading towards normalcy and soon our industry will be witnessing theatrical rush like before. We would take all necessary precautions while we would be shooting and everyone’s safety is our utmost concern. I am sure this film of ours will entertain you”.