Arjun Rampal, who is currently shooting for Dhaakad starring Kangana Ranaut, seems to have a busy year. Actor has signed a new project that revolves around the serious issue of rape. After beginning 2021 with Zee5’s courtroom psychological drama ‘Nail Polish’ where he played a high-profile defense lawyer to a famous social activist, the Rock On star is geared up to shoot for at least four more projects in the coming months. While he has already completed Abbas-Mustan’s series Penthouse. 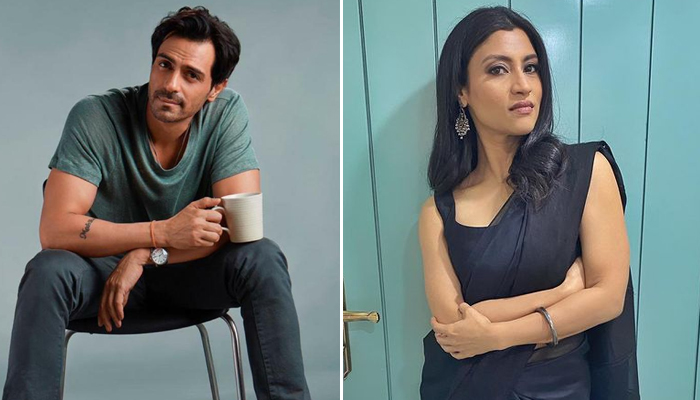 The project in question has been titled The Rapist and will also star Konkona Sensharma alongside Rampal, bringing them together for the second time after Venod Mitra’s 2013 independent anthology film Meridian Lines that told the story of seven troubled strangers.

Konkona’s mother and celebrated Bengali filmmaker Aparna Sen is directing the film produced under the banner of Applause Entertainment. “The Rapist is a hard-hitting drama that examines how much of society is responsible for producing rapists. It’s about the victim’s trauma, the circumstances, and how a woman deals with it. The pre-production has already started and will get off the ground officially in March,” said a source close to the development.

The Rapist is believed to be like any other critically-acclaimed Aparna Sen project that presents socio-political realities in the most sensible manner. It’s expected to be as political and outspoken as her films such as 36 Chowringhee Lane (1981), Paroma (1984), Yugant (1995), Mr. & Mrs. Iyer (2002) among others. The Arjun Rampal- Konkona Sen Sharma film will mark the filmmaker’s third Hindi outing after Saari Raat (2015) and the highly intellectual Sonata (2017) revolving around three middle-aged women.

The actor-director-activist who never hesitated to express her concerns about the violence, rape, or threats made against women through her films. While speaking about the increasing episodes of rape and assaults in India, Aparna Sen once shared, “Women never came forward to denounce their rapists because they knew it would be useless and it would be they who would be held responsible anyway. Often they would not speak up for fear of breaking up the family. Today, the situation has changed radically. There are strong laws in workplaces where sexual abuse is taken very seriously and strong action is taken against the perpetrators. Women are much more ready to come forward and denounce their rapists today.”