Amyra Dastur, who has established herself in Hindi, Tamil and Telugu films, is prepared to enter the Punjabi film business with her upcoming movie ‘Furteela’ alongside Jassie Gill directed by Amar Hundal. She has taken another step toward her aim of becoming a pan-India star with this much anticipated movie. 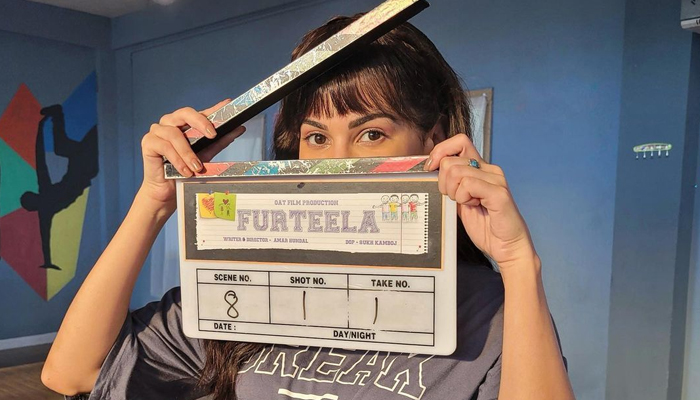 Dastur believes that this exchange of talent is also breaking down stereotypes. “This conveys the message that we should not stereotype people from particular cultures. For example, actor Samantha Prabhu is set to break into the Hindi film industry. It is a significant step forward because we are becoming more accepting of people from various backgrounds” says the actress.

“I aspire to become a pan-Indian star, which is the whole point of the attraction. We have had this whole regional thing going on for so long, but now, especially in this industry” Dastur says, adding that, “People are open to making a wide variety of films.”.

She quotes the popularity of films like RRR and KGF, saying, “This proves that it does not depend on the location or the language of a film; If it is a fantastic film, everyone will see it.”

This blurring of lines, she believes, also helps actors broaden their horizons. “It opens up a lot of opportunities for us (2021).” There is a lot of work to be done. People are now willing to collaborate with someone from outside the region, such as myself, who does not speak Punjabi but is working on a Punjabi film.”

When asked about her Punjabi project, Dastur remains tight-lipped, only revealing that it is a “coming of age story. I love to do something that is about people my age and shows the problems that youth face today. I’m having a great time filming the project. People have exclaimed, ‘Ohh, are you a Punjabi?’ as I learned my lines quickly.” she concludes.