The 23-year-old actress Alaya F has signed her next film as the female lead opposite Kartik Aaryan in ‘Freddy’. The actress took to her Instagram handle to share the news. 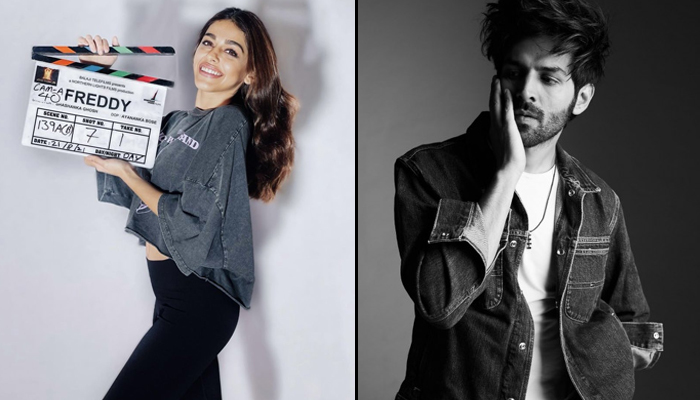 “Ready for ‘Freddy!’ So happy to be on board with the most wonderful team!’ she captioned the post. Kartik Aaryan also shared a picture of Alaya cutting a cake and wrote, “Welcome @AlayaF___ From Freddy.”

‘Freddy’ went on floors on August 1 in Mumbai. Kartik announced the news on his Instagram Story and shared a picture from the sets. The forthcoming film is being helmed by Shashanka Ghosh and is produced by Ekta Kapoor (Balaji Telefilms) and Jay Shewakramani (Northern Lights Films).

On the other hand, Alaya, who made her Bollywood debut with the 2020 rom-com ‘Jawaani Jaaneman’ starring alongside Saif Ali Khan and Tabu, has Ekta Kapoor’s upcoming Hindi remake of the 2018 blockbuster Kannada thriller ‘U-Turn’ in the pipeline.

Besides ‘Freddy’, Aaryan will be seen in Ram Madhvani-directed action-thriller ‘Dhamaka’, Anees Bazmee’s horror comedy ‘Bhool Bhulaiyaa 2’, action-drama ‘Captain India’, to be helmed by Hansal Mehta and a romantic-musical with producer Sajid Nadiadwala.