After the historic success of Pushpa The Rise (Hindi), Allu Arjun’s much-loved and hugely successful Telugu film Ala Vaikunthapurramuloo has been dubbed in Hindi and will release across Indian cinemas on 26 Jan 2022. 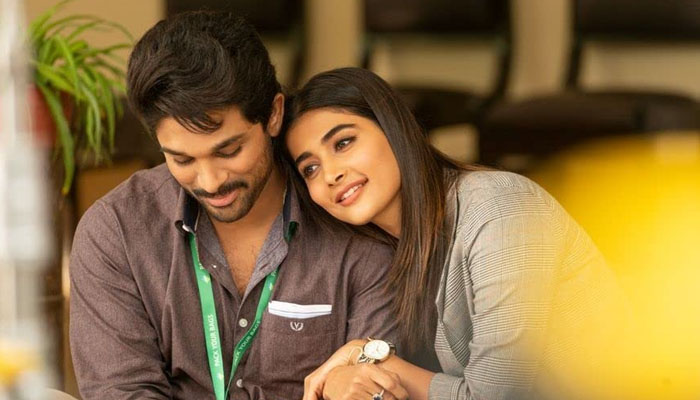 On Monday, January 17, the makers of the film took to social media to inform the fans that Ala Vaikunthapurramuloo will be released in theatres with Hindi dubbing on January 26, 2022.

The Allu Arjun and Pooja Hedge starrer of the Trivikram Srinivas directorial, Ala Vaikunthapurramuloo, which was released in 12th January 2020, was one of the biggest hits of Tollywood (Telugu Cinema). The film and songs have garnered fans from all over the world.

Reportedly, Rohit Dhawan, son of David Dhawan and brother of Varun Dhawan, will be directing the Hindi remake. The producers of the Ala Vaikunthapurramuloo, Allu Aravind and S. Radha Krishna will be co-producing the Hindi remake with noted producer Bhushan Kumar.

Reportedly, Kartik Aaryan will step into the shoes of Allu Arjun’s character Bantu and Kriti Sanon will reprise the role of Pooja Hegde in the Hindi remake.