A day before yesterday, we learned about Akshay Kumar returning from the UK to see his ailing mother. She was shifted to ICU at Mumbai’s Hiranandani Hospital, as she was not feeling well. Now, the latest we hear is the heartbreaking update shared by Akki himself. 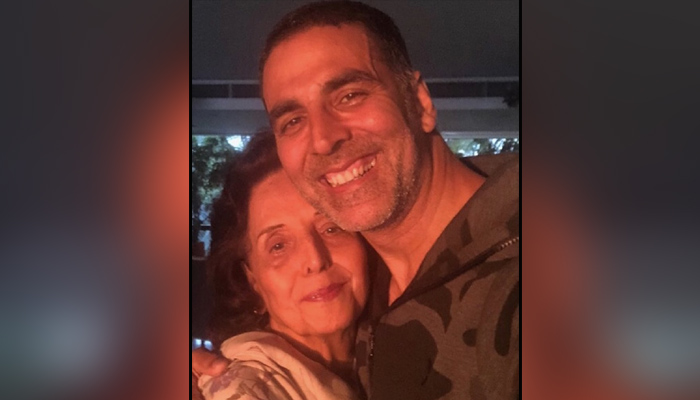 Akshay Kumar took to Twitter and wrote, “She was my core. And today I feel an unbearable pain at the very core of my existence. My maa Smt Aruna Bhatia peacefully left this world today morning and got reunited with my dad in the other world. I respect your prayers as I and my family go through this period. Om Shanti.”

On Tuesday evening, the actor had asked fans to pray for the well-being of his mother and also said that the family is going through a tough time. “Touched beyond words at your concern for my mom’s health. This is a very tough time for me and my family. Every single prayer of yours would greatly help,” he had tweeted.

Akshay was shooting in the UK for his upcoming film Cinderella when he came to know that his mother’s health had deteriorated. He then came to Mumbai from the UK. However, the cause of her illness is still unknown. A few weeks ago, the actor had begun shooting for Cinderella, which is a remake of the Telugu movie Rakshasudu. Directed by Ranjit M Tewari, the thriller is being produced by Vashu Bhagnani.

The pair had also collaborated on Akshay’s last release, BellBottom. Besides Cinderella, Akshay will also be seen in Raksha Bandhan, Sooryavanshi, Ram Setu, Bachchan Pandey and Atrangi Re.

May God give all the strength to Akshay Kumar and his family!