After ‘Bellbottom,’ producer Vashu Bhagnani’s Pooja Entertainment will rejoin with superstar Akshay Kumar and Ranjit. The title of their second ambitious collaboration is yet to be determined. 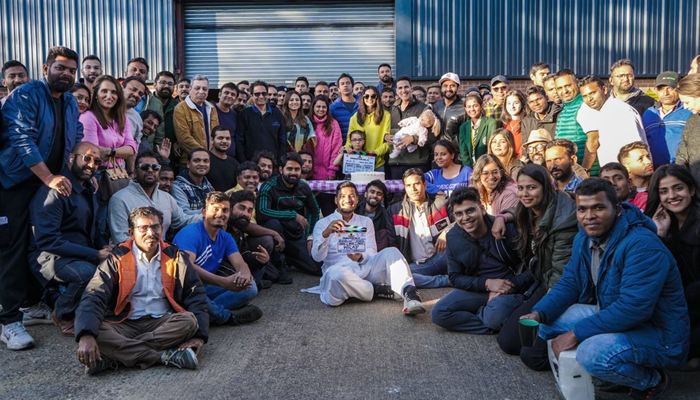 Akshay Kumar Saturday shared a picture of the team of the film tentatively titled Production 41 after they wrapped the shoot of the film. The film directed by Bellbottom director Ranjit Tewari also stars Rakul Preet Singh. The film is produced by Pooja Entertainment who had also backed Akshay Kumar starrer Bellbottom.

The actor tweeted: Can’t believe it’s a wrap on #Production41! Grateful to have shot and completed a memorable journey with the loveliest team! Thank you for all the love, smiles and fun!

Reportedly, the film is a remake of the Telugu film Rakshasudu. While there are reports that the film has been titled Mission Cinderella, the makers are yet to make an official announcement regarding the title.

Rakshasudu starring Bellamkonda Sreenivas, is a story about Arun, a newly appointed police sub-inspector, who goes after a notorious serial killer who targets teenage girls. However, his mission soon comes at a terrible price.