The Akshay Kumar and Priyadarshan combo is set to get reunited again after delivering hit films like Hera Pheri, Garam Masala, Bhool Bhulaiyaa, Bhagam Bhaag, De Dana Dan and Khatta Meetha. There have been a lot of speculations in the market but now, the director puts a rest to these rumours. 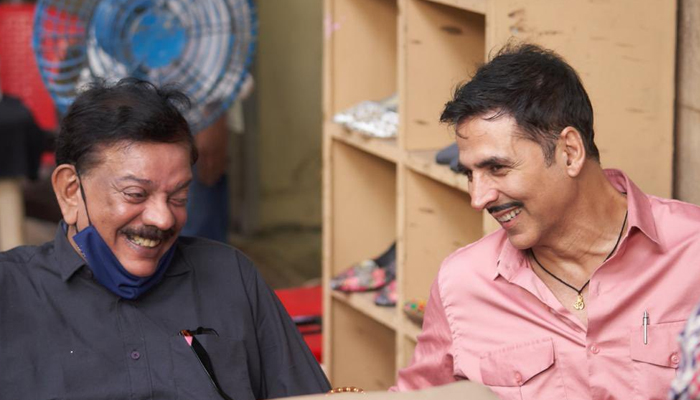 “Yes, we are doing a film together,” Priyadarshan confirmed in an interview to Pinkvilla. When asked to share details on the film, he added, “It’s an out and out comedy with emotions. You can say, it’s 70 percent comedy and 30 percent emotion towards the climax. We were supposed to start shooting this year, but it’s delayed due to the pandemic. We are now looking to start shooting early next year.”

Priyadarshan insists that the basic script is locked, however, he will continue writing it till it goes on floors. “I will be working on multiple drafts – There will be a first draft, second draft, third draft for the script,” he added.

The buzz is that the film will be produced by Akshay Kumar but Priyadarshan refused to comment on the same, he said, “That’s something you need to ask Akshay, as I am just working on the script. It’s him who always looks into the other factors.”

Recently, the filmmaker visited the sets of Akshay’s on-going stint, Raksha Bandhan, to discuss their upcoming film. Akshay Kumar shared a picture with the director leading to a lot of speculations on their film together, which ranged from them reuniting on Hera Pheri 3 to few South remakes. However, Priyadarshan sets the record straight. “It’s an original script,” he assured.