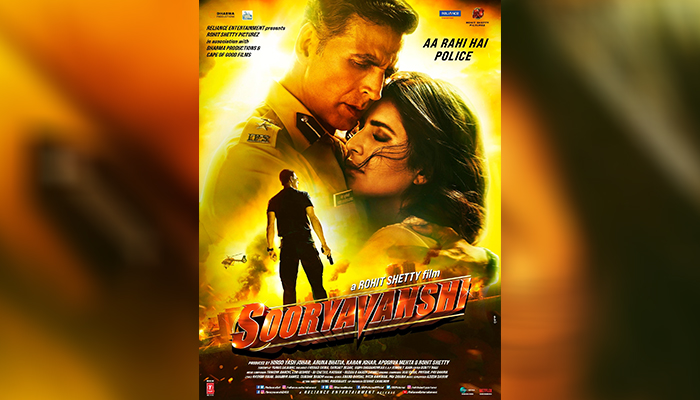 According to sources, Bollywood filmmaker Rohit Shetty’s next action-thriller “Sooryavanshi,” starring Akshay Kumar and Katrina Kaif, would be screened in 3200 theatres across the country. Around 1100 screens in Maharashtra will be dedicated to the action flick that will be released on Diwali.

As per a recent Pinkvilla report, while Akshay Kumar’s Bell Bottom was released on around 1600 screens in India, the screens have been doubled for Rohit Shetty’s Sooryavanshi. Elaborating on the same, the portal noted that Maharashtra alone will have 1100 functional screens (575 multiplex and 550 single screens) by November 5. They also mentioned that cinema halls which were shut in the rest of India in August – due to no flow of releases, are also set to revive business from November.

As per very rough and early estimates, a wide release on over 3200 screens is expected for the action-packed entertainer that releases during the Diwali weekend. They also noted that the Akshay Kumar starrer is being poised to take a rock-solid start at the ticket window with Maharashtra and Gujarat running to packed capacity.