For filmmaker Raj Mehta’s next project, Akshay Kumar will reunite with Karan Johar’s Dharma Productions. The trio had previously collaborated on the film Good Newwz. Emraan Hashmi has now joined the cast of the film, according to the latest reports. 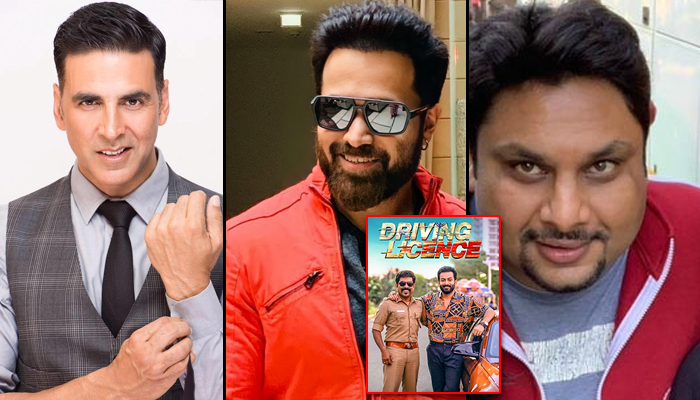 As per the latest reports flowing in, Akshay Kumar and Raj Mehta are reuniting for a Hindi remake of the Malayalam hit, Driving Licence. The film released in 2019, stars Prithviraj and Suraj Venjaramoodu.

As per the original story, Prithvi plays a superstar in the film. Initially, Suraj is shown as a huge fan of Prithvi but later turns into his biggest enemy. Both try to make each other’s life miserable.

It’s learned that Akshay will be playing Prithviraj’s character in the remake, while Emraan Hashmi will essay the character played by Suraj Venjaramoodu. Even though it’s a remake, the film will see major changes in the script. The film is said to go on floors in January and will be wrapped within 40 days in the UK.

Raj is currently finishing his upcoming family drama, Jug Jugg Jeeyo starring Varun Dhawan, Anil Kapoor, Kiara Advani, and Neetu Kapoor. There is one song for which the unit will be traveling to Russia after which the film will move into the post-production stage.