Akhil Akkineni and Pooja Hegde starrer Most Eligible Bachelor has been given a U/A certificate by the Central Board of Film Certification (CBFC). 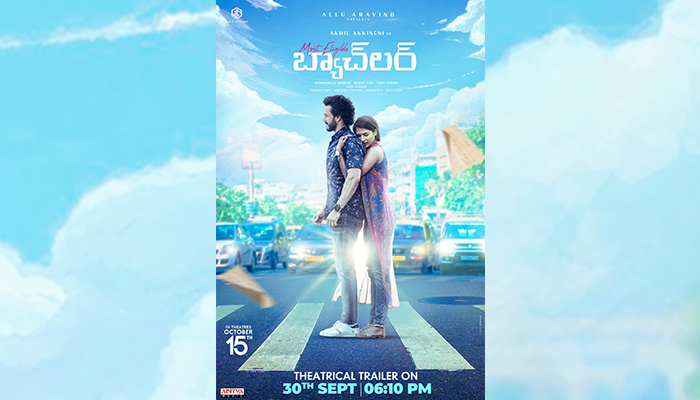 The makers had announced the news on their official Twitter handle on Wednesday. They have also released a new poster with the U/A certification. “#MostEligibleBachelor is certified with 𝙐/𝘼 and is ready to hit the theatres on 𝐎𝐂𝐓 𝟏𝟓𝐭𝐡! #MEBOnOct15th,” tweeted the makers.

Most Eligible Bachelor is backed by Bunny Vas and Vasu Varma under the banner of GA2 Pictures. Apart from Pooja and Akhil, the movie also stars Eesha Rebba, Aamani, Murali Sharma, Vennela Kishore, Jayaprakash, Pragathi and Amit Tiwari, among others. The music of the film is given by Gopi Sundar. The trailer will be out on September 30 at 6:10 pm.

The movie is written and directed by ‘Bommarillu’ Bhaskar. Akhil will be seen as an NRI Harsha in the romantic drama. It is slated to hit the theatres on October 15.

The movie was supposed to release earlier but due to the Covid-19 induced lockdown, the release date was pushed many times. Now, the fans of Most Eligible Bachelor rejoice as they will be able to see their favourite stars Akhil Akkineni and Pooja Hegde in big screens.