The nation’s latest heartthrob Akanksha Sharma is all set to win hearts yet again in ‘Casanova.’ The charming actress shall be seen once again with Tiger Shroff in this dance number. 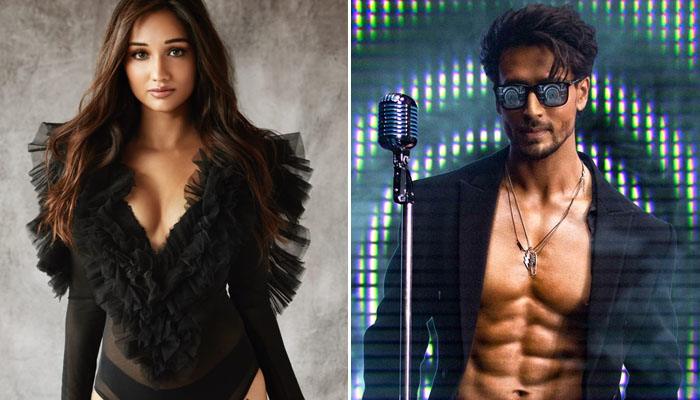 The trailer just dropped and fans haven’t been able to control their excitement to see their ideal, Akanksha Sharma on screen, once again. Fans have been in awe of Akanksha’s flawless moves in the ‘Casanova’s’ trailer.

The bewitching actress was ecstatic on seeing all the love pouring in from her fans, she mentioned, “Big bear hug to all my fans for their constant love and support. I am so thrilled on reading all their comments, it really motivates me to keep going further. ‘Casanova’ is a close to my heart, I am sure the audiences are going to love it as much as they have loved the trailer.” On pairing up with Tiger Shroff once again the actress said, “Tiger is an amazing person, it is always a pleasure working with him, not to miss the fact that he is one the best dancers that we have.”

Akanksha Sharma was last seen in the remake of yesteryear’s famous song ‘Disco Dancer’ opposite Tiger Shroff. The chemistry between the duo was largely appreciated, this will be the second time Akanksha Sharma and Tiger Shroff shall be seen together.

Akanksha Sharma keeps making headlines, be it her elegant photoshoots, her jagger-like moves or her debut film ‘Trivikrama.’ The enchanting actress shall be making her debut opposite Vikram Ravichandran. On the other hand, fans haven’t been able to control their excitement ever since the versatile actress posted a rehearsal video with Tiger Shroff. Though Akanksha Sharma has rewarded her fans with the trailer, she has certainly left them wanting for more!