The makers of Ajay Devgn’s next biographical sports drama, Maidaan, have confirmed the film’s release date, which will be in 2022, following MayDay. Directed by Amit Ravindernath Sharma, the film also features Priyamani, Gajraj Rao and Rudranil Ghosh. 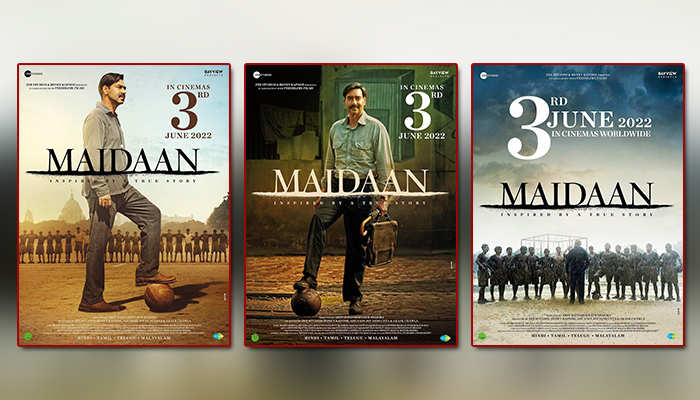 On September 30, Zee Studios shared the release date of the film and tweeted, “The unknown true story that will make every Indian proud, ‘Maidaan’, to release worldwide in cinemas on 3rd June, 2022.”

Ajay Devgn tweeted, “Maidaan, A story that will resonate with every Indian, a film that I feel very strongly about. Mark the date on your calendar. Releasing worldwide on 3rd June, 2022.”

Inspired from an incredible true story, it will showcase the journey of one of the finest coaches that emerged from India, the one who put India on the global map. Maidaan is based on real events between 1952 and 1962, also known as the “golden era of Indian football”.