Bhushan Kumar, Indra Kumar and Ashok Thakeria’s much awaited ‘Thank God’, has begun its shoot from today in Mumbai. 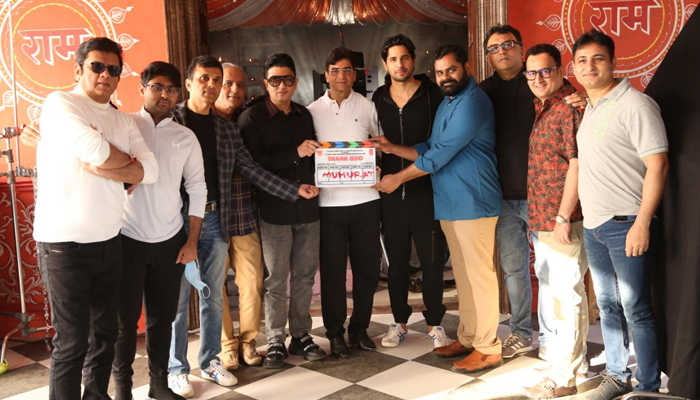 Indra Kumar, who is known for his successful entertainers has collaborated with the ace producer Bhushan Kumar to bring together Ajay Devgn, Sidharth Malhotra, and Rakul Preet Singh for the unique slice of life comedy with a message.

Mr Balu Munnangi gave the first clap. Unlike any of Indra Kumar’s previous blockbusters, Thank God will be a newer avatar with laughter and a beautiful message at the end which will connect with families and be relatable in today’s world.