Commemorating daughter’s day, Tahira Kashyap Khurrana shares a throwback picture to when she was pregnant with her daughter Varushka. 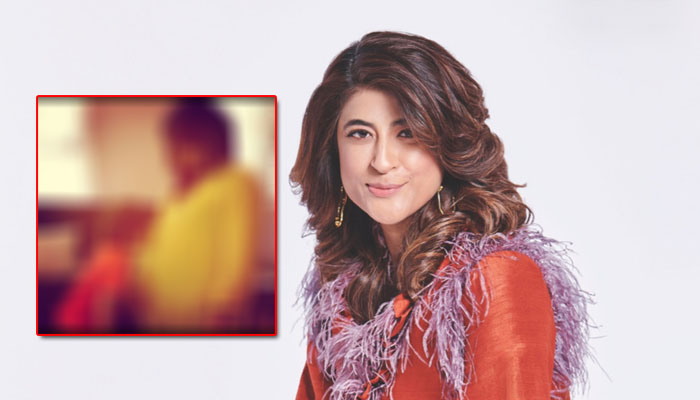 In an adorable post, Tahira shared a picture of her son Virajveer is seen kissing her pregnant belly, before the birth of her daughter. Tahira said, “This is when it all started… our love story❤️ #happydaughtersday #daughter #daughterslove”.

Often offering glimpses into the different aspects of motherhood, Tahira Kashyap Khurrana uses her social media to update her followers into the sweet, adorable, as well as quirky and fun moments with her children.

Reflecting the same and more in her upcoming book ‘The 7 Sins of Being A Mother’, Tahira unfolds the unsaid yet relatable facets of motherhood, through fun and exciting incidents of her life.

Author, filmmaker and influencer, Tahira has written multiple books like ‘Cracking The Code: My Journey in Bollywood’, ‘Souled Out’ and ‘The 12 Commandments of Being a woman’, Tahira Kashyap Khurrana demonstrates stories of varied backgrounds.

Highlighting the varied aspects of life in the most relatable form, Tahira Kashyap Khurrana is known to strike a chord with the masses with her witty, smart and engaging writing.

After the success of short films with Toffee, Pinni and Quaranteen Crush Tahira is all set to make her feature film directorial debut with ‘Sharmajee Ki Beti’, shoot for which began recently.