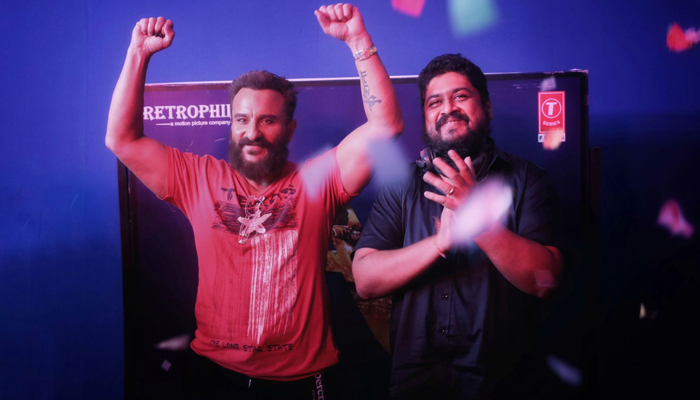 On Saturday, Taking to his Twitter handle, the director shared some candid pictures in which Saif is seen celebrating the occasion by cutting a cake, he wrote “It’s a film wrap for Lankesh! Had so much fun shooting with you SAK #SaifAliKhan, #Adipurush and #AboutLastNight.”

Om Raut shared two pictures of Saif Ali Khan cutting a cake with the words Lankesh written on it. Dressed in a red t-shirt and sporting a thick beard and mustache, Saif is seen cutting the cake in one picture and posing with the director in the other.

Adipurush will release in Hindi, Tamil, Telugu, Kannada and Malayalam in theatres. The film will be shot in Hindi and Telugu. Adipurush will hit the screens on August 11, 2022. It will be directed by Om Raut.