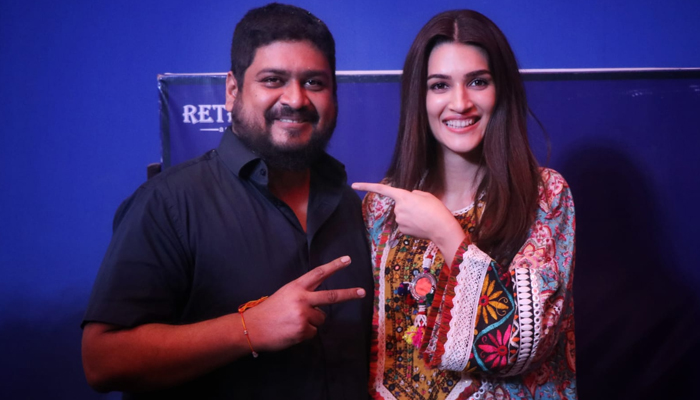 Director Om Raut announced the news on Saturday by sharing glimpses of the shoot wrap-up party on his Instagram handle. Sharing the pictures, he wrote, “Dear Kriti, it was magical watching you play Janaki. Can’t believe your part is wrapped up. What a lovely journey!”

The film which is slated to get a theatrical release on August 11, 2022, had started production back in February. Produced by Bhushan Kumar, Om, Prasad Sutar, and Rajesh Nair, the film will be released in Hindi, Telugu, Tamil, Malayalam, and Kannada.

Kriti Sanon’s next film Hum Do Humare Do, opposite Rajkummar Rao, will stream on Disney+ Hotstar this Diwali. She has also finished the shoot of Bachchan Pandey, also starring Akshay Kumar, which has been slated for release in cinemas on 4 March, 2022.

The Horror comedy Bhediya, opposite Varun Dhawan, will arrive in theatres on 14 April after which she will appear in action flick Ganpath along with Tiger Shroff, slated for December 2022.