Pooja Hegde, who now awaits the theatrical release of Koratala Siva’s multi-starrer magnum opus, ‘Acharya’ was on the receiving end of incessant praises showered by her co-star in the movie Ram Charan during a media interaction. 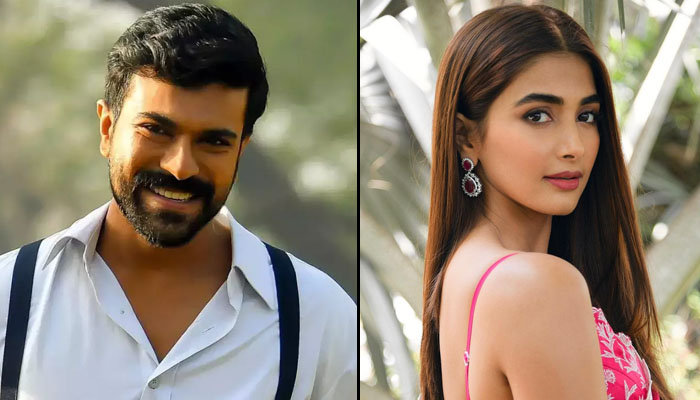 The RRR actor hailed her as a special media queen whose posts make an impact. He also attributed to her the resounding success of her trending songs Arabic Kuthu and Butta Bomma which inspired a social media rage that has captivated netizens.

Ram Charan said, “Arabic Kuthu was all over the place. We were shooting and were waiting for the next shot to set up and I saw boys and girls listening to Arabic Kuthu and Butta Bomma. It’s coming out in my reels also and I feel she is a social media queen and good at it, whatever Pooja posts make an impact.”

Earlier, creative forces of the South Indian film industry recognised Hegde’s rise as a Pan India star, who is seen pulling off character-centric roles as well as glamorous roles with equal elan. She is one of the rare stars to command fan following across languages. With the release of Most Eligible Bachelor, Radhe Shyam and Beast, Pooja inspired a huge fan fest at the theatres.