Mega Star Chiranjeevi and Mega Power Star Ram Charan’s most awaited film, Acharya has wrapped up its talkie. The production house informed that shoot of only two songs are yet to completed. The father and son duo can be seen twinning and striking a pose in all olive, forest camouflage outfit. 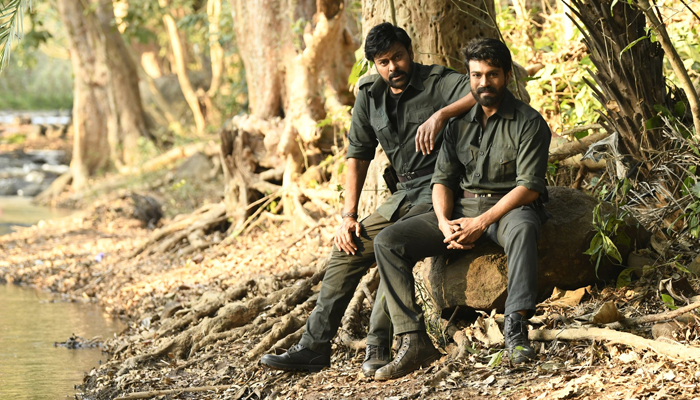 Although there are a lot of pictures of the renowned duo on the Internet, this seems remarkably special because this is for the first time Chiranjeevi and Ram Charan are coming together in full-fledged roles.

With each passing look, the hype around the film is piquing for the right reasons. Acharya is directed by Koratala Siva and produced by Ram Charan’s Konidela Production Company and Matinee Entertainments. The movie also stars Pooja Hedge, Sonu Sood and Kajal Agarwal in lead roles.

Updates on the film to soon be announced by the production house.