Bollywood actors Abhimanyu Dasani and Sanya Malhotra starrer Meenakshi Sundareshwar is all set to release on Netflix on November 5. The official Instagram handle of Netflix India shared the news along with a new poster. 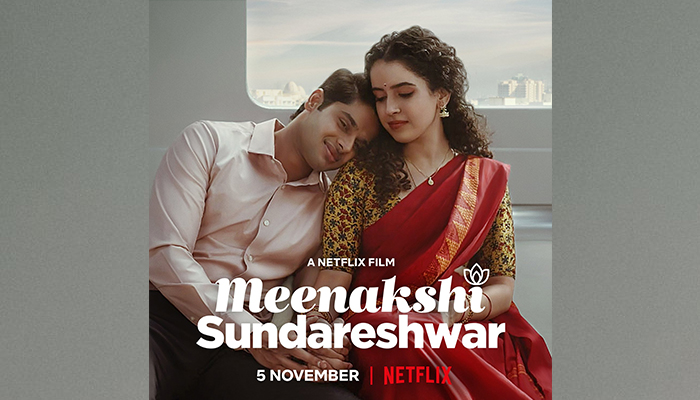 Sharing a new poster, Netflix India wrote, “Distance is only a word when it comes to these two. Get ready with popcorn as @sanyamalhotra_ and @abhimanyud set relationship goals. #MeenakshiSundareshwar is coming to Netflix on November 5 (sic).”

Meenakshi Sundareshwar is a romantic comedy, centred around the lives of a young couple. The film is set in Madurai, Tamil Nadu. It is directed by Vivek Soni, while the film has been co-written by him and Aarsh Vora.

This is Abhimanyu Dassani’s OTT debut. However, Sanya has already had two releases on various OTT platforms. She was seen in Anurag Basu’s Ludo and Anu Menon’s Shakuntala Devi, released on Netflix and Amazon Prime Video, respectively.