Superstar Aamir Khan has over the years proved to be one of the finest actors not just in the Hindi film industry, but the world over. Hence, any kind of praise coming from the actor is definitely merit worthy! Aamir Khan recently attended the screening of ‘Koi Jaane Na’ and was impressed by Amyra Dastur’s performance in the psychological thriller. 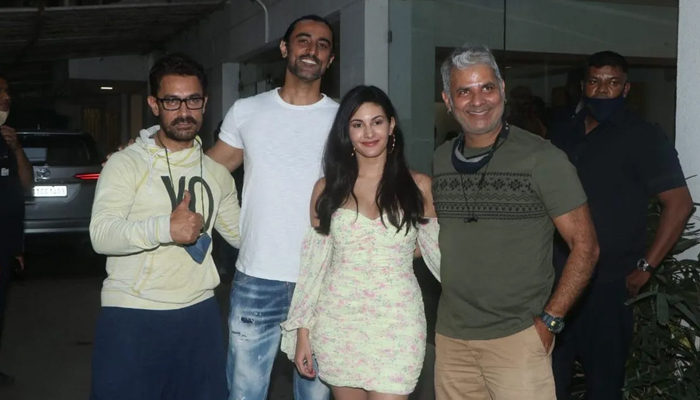 The actor has also made a special appearance in the film with the hit song ‘Har Funn Maula’. Not only did the superstar say that the film ‘Koi Jaane Na’ was ‘well-made’, but also spoke about the onscreen chemistry between Kunal Kapoor and Amyra Dastur, with a special mention of Amyra stating that ‘he was extremely impressed and loved her performance in the film’.

It couldn’t get any bigger than this as Amyra has always been a huge Aamir Khan fan and praises from him truly overwhelmed her. Interestingly, Amyra Dastur in the past, also received immense praise from the megastar Jackie Chan who she worked with in Kung Fu Yoga.

Amyra has been getting rave reviews for her performance in ‘Koi Jaane Na’, from everyone who has watched the suspense thriller. The makers also released a new song from the film with Kunal Kapoor and the beautiful starlet, titled ‘Ishq Karo Dil Se’, which is fast becoming the summer anthem of the year and climbing the music charts.