A man of few words known to make a difference to Indian cinema, Bhushan Kumar is making the right moves at the plexes. In 2019, after delivering several smash hits at the box office, the T Series head honcho turned out to be the most influential producer of them all. His success rate is unbeatable and he’s given all his contemporary producers a run for their money today. 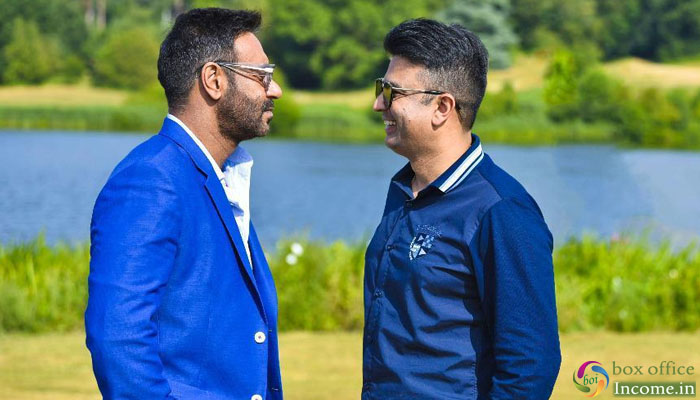 Bhushan Kumar has started 2020 on a blockbuster note with T-Series’ first venture for the year – Ajay Devgn starter Tanhaji – hitting a home run at the box office. Many expected the period film to be good but the appreciation and the love it has received is incredible. The film has turned out to be the biggest blockbuster and highest earning film for Ajay in his career.

In fact, there’s no sign of the film stopping down. After comfortably hitting the 200 crore mark, the film continues to outperform other releases and hold it’s amazing trend at the ticket windows. The film will definitely cross the 250 crore plus mark soon as well. The third week collections are huge and it’s bigger than all other films in the recent past.

Bhushan Kumar is happy and all smiles. He shares, “I’m extremely happy and privileged to be presenting a film on such an unsung warrior. I always had confidence in the film and the audience’s appreciation has validated my own belief in the project”..

He also adds, “The way Tanhaji is performing is incredible and I’m happy that we have delivered the first blockbuster hit of the year that has crossed 200 crore already, right at the start of the year. 2020 looks to be a great and promising year for us as a company and I’m sure with Tanhaji’s success and the other films coming up one by one, we will grow leaps and bounds.”