Prabhas has truly created examples with the mega-success of the Baahubali franchise while leaving a strong mark on the hearts of the audience. It was never an easy part for the star to pave upon. From intense workouts to a rigorous diet plan, the actor has given his life to the film. 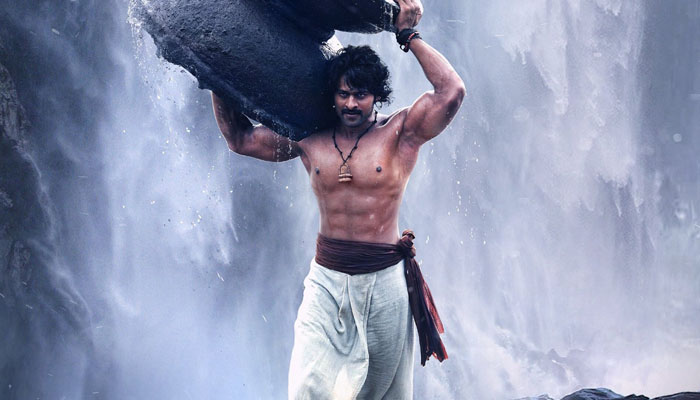 Prabhas’s body in Baahubali was truly a trendsetter. With his hard training to a tough diet plan, the actor managed to pull off a kind of physique that nobody has ever imagined. The makers of Baahubali have gifted Prabhas gym equipment worth Rs 1.5 crore to get beefed up for his role in the film which was monitored by professional bodybuilder Laxman Reddy. The regular diet plan of the Rebel Star consisted of fish, egg whites, vegetables, and almonds. The actor took six meals every day and his diet didn’t include rice. The total calorie intake of Prabhas while shooting for Baahubali was between 2000 to 4000 calories a day.

As revealed by Mr. Reddy, Prabhas weighed some 100 kilos for playing the part of Amarendra Baahubali but his role as Shivudu, as seen in Baahubali: The Beginning, required him to sport a toned body. “As Baahubali, Prabhas had to build a lot of muscle and for the son’s character, Shivudu, he had to look lean. His physique fluctuated for more than four years; that was difficult. Prabhas weighed almost 100 kgs with his body fat percentage staying in the range of 9-10. For the younger character, he had to build a toned body with minimal muscles,”.

Prabhas’ training regime, shooting schedule, and diet for Baahubali: The Beginning and its sequel were an absolute contrast, revealed Mr. Reddy. “He would have six meals with egg whites, chicken, nuts, almonds, fish and vegetables thrown in. For Baahubali prep, he had eight meals a day, carb-heavy with cheese and mutton. In the evenings, we had weight training sessions, which included deadlifts, squats, bench press, and other rigorous exercises,” added Mr. Reddy.

Moreover, During an interview in the Past, Mr. Reddy said, “He would shoot for hard-core stunts and by the end of it, be tired, but never missed workout. There were days when we would start exercising at midnight. His dedication was amazing,”.

With the release of Baahubali: The Beginning in 2015 the hard work paid off when the film went on to collect ₹ 650 Cr. worldwide and also won the National Award for Best Feature Film.