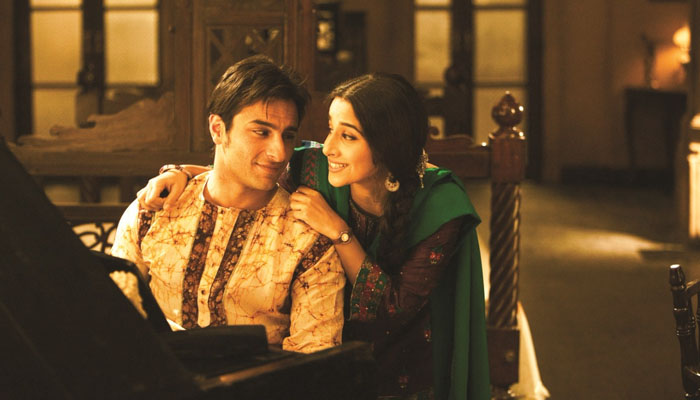 Pradeep Sarkar’s adaptation of Sarat Chandra Chattopadhayay’s Lolita into Parineeta was flawless, marvelous. The script, the soothing music and a powerful debutante Vidya Balan made audiences go gaga over the film and till date is one of our favorites and go to film. The film today marks it 15th anniversary, Do you feel old yet? Or is it just us?

Actor Vidya Balan has beautifully penned a message on her social media handle about the film completing 15 long years and also shared some unseen BTS pictures leaving us wanting for more. Vidya on this happy occasion added, “Like Lolita was Shekhar’s better half even before the world knew it, you were mine too … but on the 10th June 2005, i became your Parineeta . I loved you then and i love you now and i love you forever more …my dear Cinema. And to all those who have made sure this marriage survives and thrives.,Tahe Dil Se Shukriya.

#15YearsOfParineeta. Incidentally Parineeta was also the first film my #Shekhar , #SiddharthRoyKapur worked on after joining #UTV … his first film too. Parineeta was Vidya’s first collaboration with her husband Siddharth Roy Kapur along with her mighty debut. It seems like these two love birds were destined to meet since the start and build their happy paradise forever.

Vidya today is considered to be the torch bearer of women-centric and powerful roles in Bollywood and she surely justifies any character she plays on the screen but Parineeta saw the naive yet refreshing Vidya playing the character of Lolita. The chemistry between her and Saif set our hearts and screens on fire and the entire Bengali backdrop was cherry on the cake that made Vidya a household name within a very short span of time.Parineeta till date remains one of Vidya’s best performances and she was awarded with many prestigious awards for her debut in Parineeta.

Wishing the entire team of Parineeta many many congratulations and its time for major celebrations and we would love Vidya to play such many more stunning characters and make them come alive. We are eagerly awaiting her much talked about Shakuntala Devi to release on Amazon Prime and well we all know the wonders Natkhat has done and is continuing to do.