That Yo Yo Honey Singh has a huge fan following is undebatable. And after his last track Gur Nalo Ishq Mitha which became a blockbuster nationwide, Honey has reunited with T-Series yet again. Yes, the celebrated rapper has joined hands with Bhushan Kumar for yet another chartbusting track titled Loca. 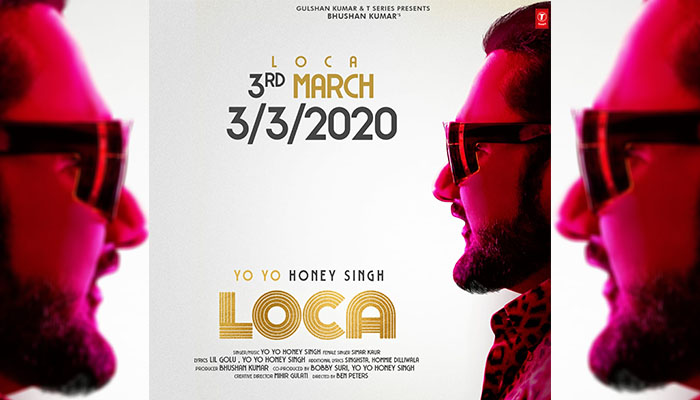 Loca, meaning crazy in Spanish, captures the feel and vibe of the upbeat party track really well. The song that also has a Latin vibe to it uses the Reggaeton to hit a home run. Shot on a lavish scale in Dubai, Loca is the biggest party anthem of the year.

It is shot in the picturesque locales of Dubai and is the only song that has been filmed on the famous Gugu boat, the biggest party yacht in the Middle East and the only one that is there in the world. Honey along with producers Bhushan Kumar and Bobby Singh has left no stone unturned to give this peppy number huge grandeur and a mammoth setting.

It’s at par with any big budget Bollywood number and is definitely going to be a huge hit at the discotheques and the music charts. The Lungi Dance singer has not only sung the song with Simar Kaur but has also written the song along with Lil Golu besides having composed it as well.

Loca has been directed by Ben Peters and also features Nicky Picky opposite Yo Yo Honey Singh. The song will be released on T-Series’ YouTube channel on March 3, 2020.