A film that was a game-changer of its time and opened the industry to a subject long considered taboo, Vicky Donor, clocks 10 years today. 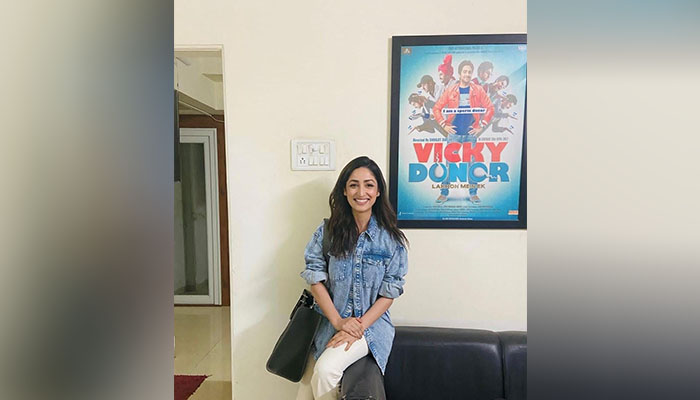 On its decade long anniversary, actress Yami Gautam, reminisces about the movie that was a major turning point for her and helped in discovering the massive potential she had as a performer.

Interestingly, Yami recently visited the studio where she auditioned for Vicky Donor – The actress took to social media to mention, “The place where it all began! Started my journey auditioning for Vicky Donor right here !

“यह सोफ़ा भी यहीं था ! A recent visit to this studio took me down the memory lane, reliving so many beautiful moments through the journey! Thank you, Shoojit da & our entire team 🌹”, she added.

Apart from the flood of rave reviews that came her way, the film also gave Yami a taste of great content and encouraged her to take on versatile roles with riveting stories and she went on to star in several such films like Badlapur, Kaabil, Uri, Bala, A Thursday and the recent Dasvi.