Many celebrities are increasingly becoming aware of their diets and what they consume on a daily basis. The power couple Riteish and Genelia Deshmukh, recently opened up about their plant based diet in details and here’s what they say about the change in their lifestyle. 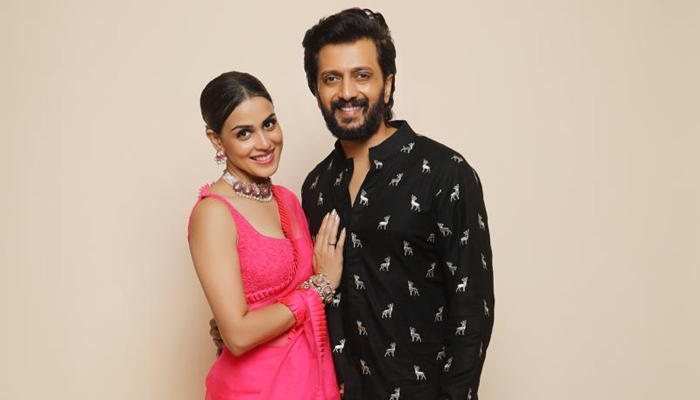 “The switch to plant based diet and avoiding animal protein altogether has made me feel so much lighter and more active than ever. Since the digestion is much faster, we wake up fresh and without lethargy. It feels like your body has more oxygen!” says Riteish describing the tangible changes Genelia & him have felt with the turn.

While on the other hand, Genelia goes to eliminate the myths that people hold around the foods allowed in vegan diets. “Many Indian dishes are actually vegan and we don’t even realize it. Like pav bhaji, chole bhature, misal pav, vada pav all of these can be served to a vegan if you only avoid the ghee or curds. Many people are actually afraid of the vegan culture thinking that the only choices left would be maida and sugar but thats really not the case. My children follow plant based diet too and do so wonderfully even in school. So I guess if children can then it’s not really that difficult. “

The couple recalls how the kids first put the idea in their heads, when Riaan once questioned how they could eat chicken when they loved their dog Flash so much, when they both are animals.

Well the journey has been a proud one where the kids are also going steadfast and spreading awareness for the cause of innocent voiceless animals.