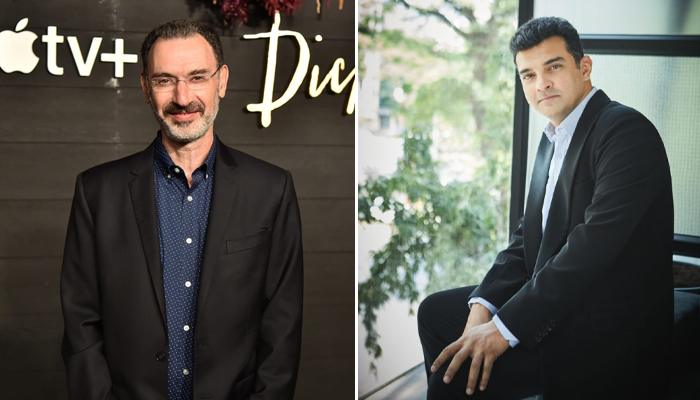 The series will be mounted as an International co-production between wiip and Roy Kapur Films to be produced across the U.S., U.K. and India. wiip and RKF intend to put together a diverse international team of writers to create a truly global series both in scale and quality.

The Anarchy: The Relentless Rise of the East India Company, was amongst the top ten recommended books by President Barack Obama in 2019 and was named one of the Best Books of the Year by The Wall Street Journal in the same year. The book is the recipient of the 2019 Baillie Gifford Prize for the longlist, was the #1 Best Seller in India on Amazon and has been favorably reviewed in The New York Times, The Los Angeles Review of Books and NPR.

The book tells the remarkable story of how one of the world’s most magnificent empires, the Mughal Empire, disintegrated and came to be replaced by the British East India Company – a dangerously unregulated private company based thousands of miles away in a small office just five windows wide.

Mark Roybal comments, “Siddharth is not only India’s most formidable producer, but he is also a true gentleman. We are beyond thrilled to be partnering with him, along with our good friends at XPat, on The Anarchy. Paul, the wiip team and I are humbled – and to be honest, slightly terrified – that Mr. Dalrymple has entrusted us with his epic masterpiece. There couldn’t be a more opportune moment for adapting The Anarchy into a television event.”

Siddharth Roy Kapur comments, “I believe that stories that are compelling, relevant and authentic have the potential to resonate with audiences across all nationalities and cultures, and The Anarchy is definitely one such story. We couldn’t have asked for better partners to tell this story than Paul and Mark, both veterans known for empowering creative voices and for consistently producing high quality content. We are delighted to be working with them and the talented team at wiip to bring to life William’s fascinating book and to create what we envision to be the definitive account of the colonisation of the Indian sub-continent.”

William Dalrymple, serving as a creative consultant on the project, is the bestselling author of In Xanadu, City of Djinns, From the Holy Mountain, The Age of Kali, White Mughals, The Last Mughal and most recently Nine Lives.

Wiip is an independent studio led by veteran entertainment executive Paul Lee and is distinctive in its commitment to letting talent do what talent does best – create. wiip develops and produces content for digital and global platforms and serves as the lead studio for multiple projects including Peabody winner “Dickinson,” for Apple TV+; “Dummy” starring 2020 Emmy-award nominee Anna Kendrick for Quibi, “The Uninhabitable Earth” for HBO Max and “Queen America” for Facebook Watch. wiip also serves as the co-studio alongside HBO on limited series “Mare of Easttown” and “The White House Plumbers.”

Roy Kapur Films (RKF), founded in 2017 by Siddharth Roy Kapur, is one of India’s most sought-after independent producers of movies and digital content across all scales and genres. Siddharth is the President of the Producers Guild of India and was the former Managing Director of The Walt Disney Company India. His filmography includes some of the highest grossing Indian films of all time including “Dangal” the highest grossing Indian film ever, and most recently, the 2020 musical drama for Netflix “Yeh Ballet”  which released worldwide to great acclaim. 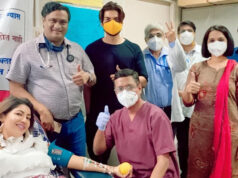 Debina Bonnerjee urges people who have recovered from Covid-19, to donate their plasma! 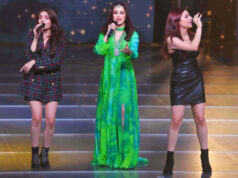