Waluscha de Sousa who started her career in Shah Rukh Khan’s Fan has added another feather in her cap, she will next be seen in Apoorva Lakhia’s new Voot Original Web Series. Waluscha’s newest venture is an action thriller, which is helmed by Apoorva Lakhia, who is known for making gritty action dramas like Shootout at Lokhandwala & Mission Istanbul will be foraying into web series. 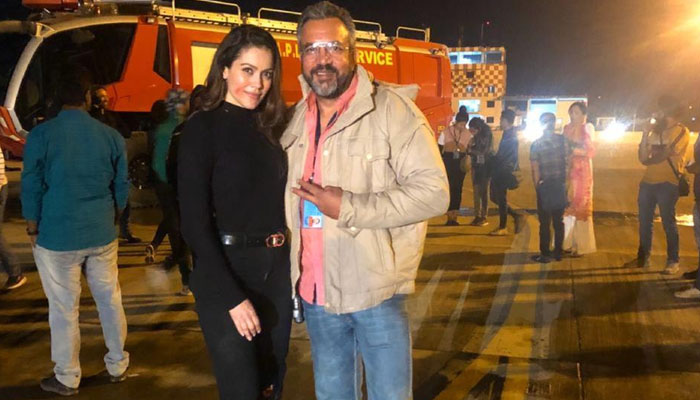 This is also Waluscha’s OTT debut. This is the supermodel’s first foray into action and she shared a behind the scenes picture on her Instagram page and we couldn’t help but notice the scar on her face, and we can only assume Waluscha’s role in the web series will be action packed.

Shooting this web series wasn’t easy for Walushca, the actress underwent major training and prep for the role and while shooting for the action sequences she sprained her foot and injured her ligament, and only 3 weeks into shooting the climax scene her injuries were so severe that she couldn’t walk or move her foot properly, but she didn’t back down.

Rounds of acupuncture and physiotherapy helped her get back on track and she was shooting again much sooner than expected. She was so dedicated to this role; she shot for 12 hours straight! Director Apoorva Lakhia was so impressed by Waluscha’s dedication and hard work that he commented on her recent Instagram post calling her a star! We cannot agree with him more.

Waluscha has called this one of the best and most physically challenging shoots she’s done and we know the final result will be something to behold. We cannot wait for the release of this series. Anything Apoorva Lakhia directs is a delight and having Waluscha back on our screen is an added bonus!